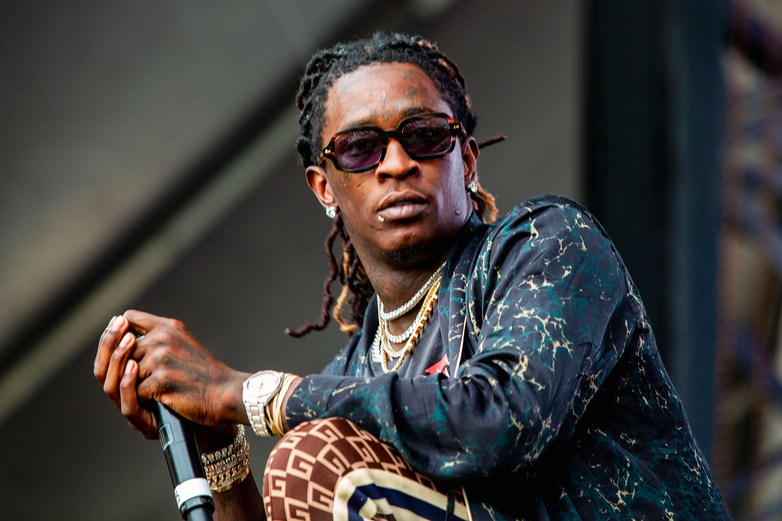 Young Thug has been incarcerated for over four months, following a 56-count indictment that took place Monday (May 9). The So Much Fun rapper was arrested after his Atlanta home was raided and is currently being held in the Fulton County Jail. Fulton County investigators filed addition charges against Atlanta-based rapper Young Thug and some of his alleged associates in its RICO Act and street gang case.

The founder of Young Stoner Life Records is now accused of illegally possessing multiple firearms, including a modified machine gun, in addition to street gang activity and drug trafficking.

On Tuesday (August 9), WSBTV reported that new charges have been added to Thugger’s case, along with four other defendants in the RICO sweep. Young Thug now faces new “gang” charges, drug charges, possession of a firearm during the commission of a felony and possession of a machine gun. The new charges are from March 17 and May 9 arrests.

“I’ll tell you the response to any allegation: ‘Mr. Williams committed no crime whatsoever,’” said Young Thug’s attorney Brian Steel. “And we will fight to my last drop of blood to clear him.”