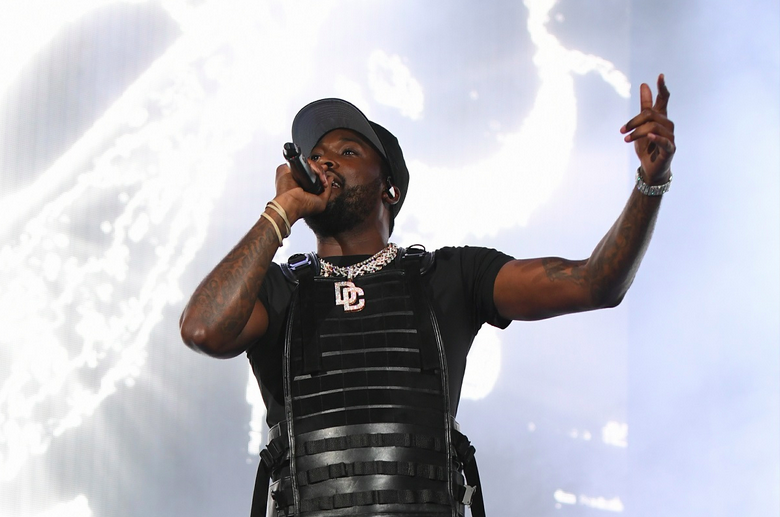 Dreams and Nightmares went on to debut at number two, on the Billboard 200 chart, and is certified gold in the US. The album contained 16 songs in total, with additional appearances from Mary J. Blige, Wale, Nas, John Legend, and more. This release came over a year after Meek became a star, with his “Ima Boss” single, featuring Rick Ross.

Dreams and Nightmares debuted in 2012 through Maybach Music Group and Warner Bros. Records and peaked at No. 2 on the Billboard 200 albums chart. The titular track became the Philadelphia Eagles’ pregame intro music when they took the field at Super Bowl LII and amassed 1.4 million streams on the following day. The RIAA certified the song double Platinum after it quickly became the anthem heard at almost any entertaining event—and it’s still guaranteed to pump up any crowd.

Mill recently performed the song at Lincoln Financial Field to kick off the Philadelphia Eagles versus Dallas Cowboys football game on Tuesday, Oct. 18.

However, Meek will also be having a 10-year anniversary concert, to celebrate the release of Dreams and Nightmares. He and Live Nation have announced that this will take place on November 26, in Meek’s hometown of Philadelphia. Tickets will go on sale to the public on November 2, at 10AM ET. The concert will be held at the Wells Fargo Center, which is home to the NBA’s Philadelphia 76ers and NHL’s Philadelphia Flyers. Tickets can be purchased for the Dreams and Nightmares 10-year anniversary concert here.