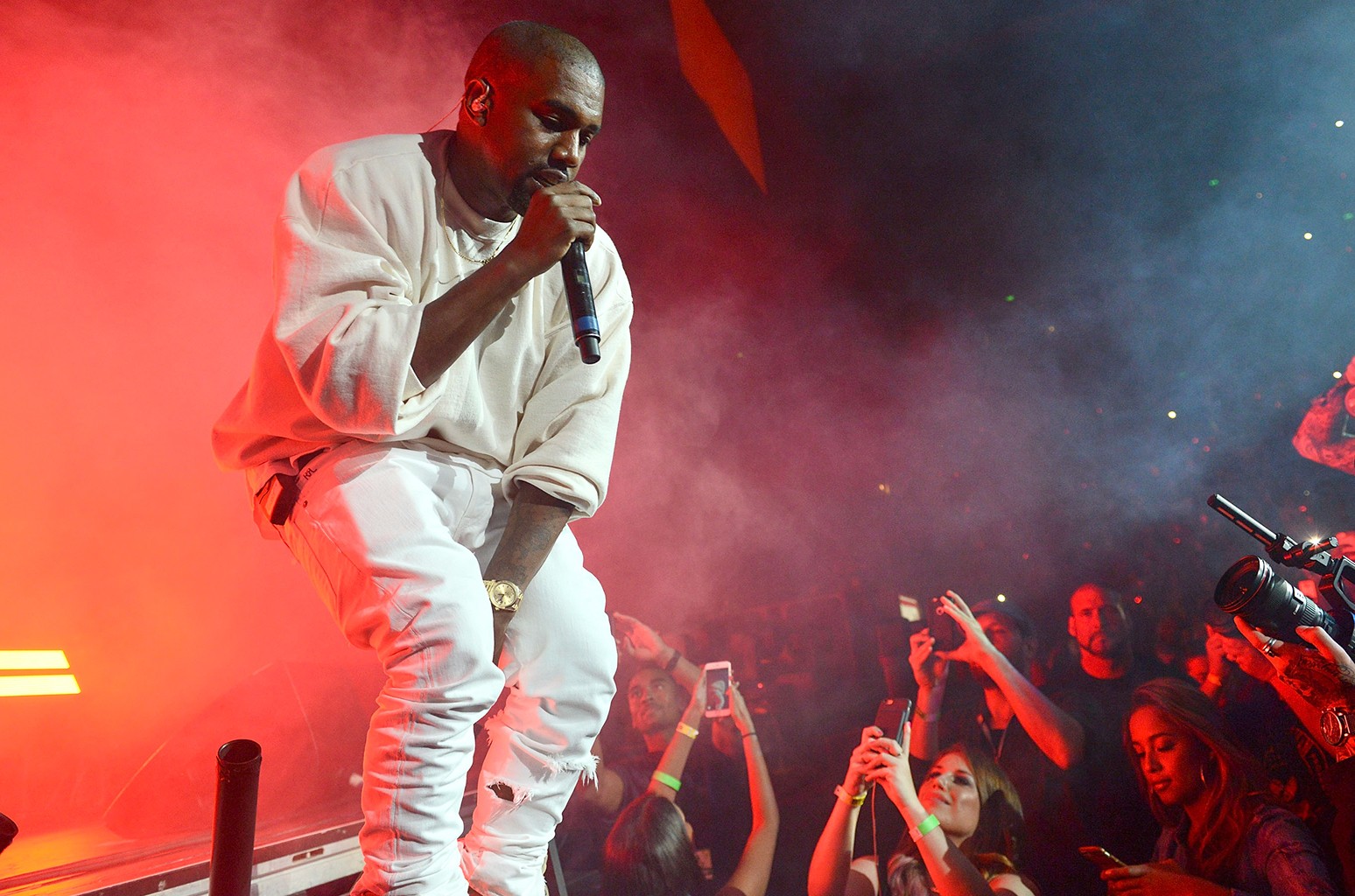 The 2022 BET Awards, which took place Sunday at Los Angeles’s Microsoft Theater, was full of surprises, from Janelle Monáe’s live, presumably unscripted F-bomb drop to a jarring In Memoriam segment that mentioned the “death” of Roe v. Wade. But one of the most unexpected moments, near the end of the three-hour ceremony, was Kanye West’s return to the spotlight.

West has kept a low profile since April. That month, he pulled out of Coachella with no explanation and with fewer than two weeks’ notice, and he was also barred from performing at the Grammy Awards due to his disturbing social media attacks on ex-wife Kim Kardashian’s new boyfriend, Saturday Night Live star Pete Davidson. But the controversial hip-hop star was apparently still welcome at the BET Awards, where he showed up to pay tribute to his “brother,” Lifetime Achievement honoree Sean “Diddy” Combs. While West’s entire face was obscured by a black stocking mask, mirrored shades, and a pulled-low baseball cap, there was no mistaking his identity — especially when he delivered one of his typically lengthy, colorful speeches.

In his speech, West explained that he came out of hiding Sunday specifically because he could not pass up the opportunity to honor his longtime friend and role model. “I took a little hiatus. I said, ‘I just want to declare myself legally dead for a year. Nobody missing me. I just want to be off the grid,’” he confessed, before adding that “Puff [Daddy] is pretty persistent. … If Puff ever need us, we need to jump and be there. This man has been through and survived a lot of stuff, broke down a lot of doors so we could be standing — I know for me, that I could be here today.”