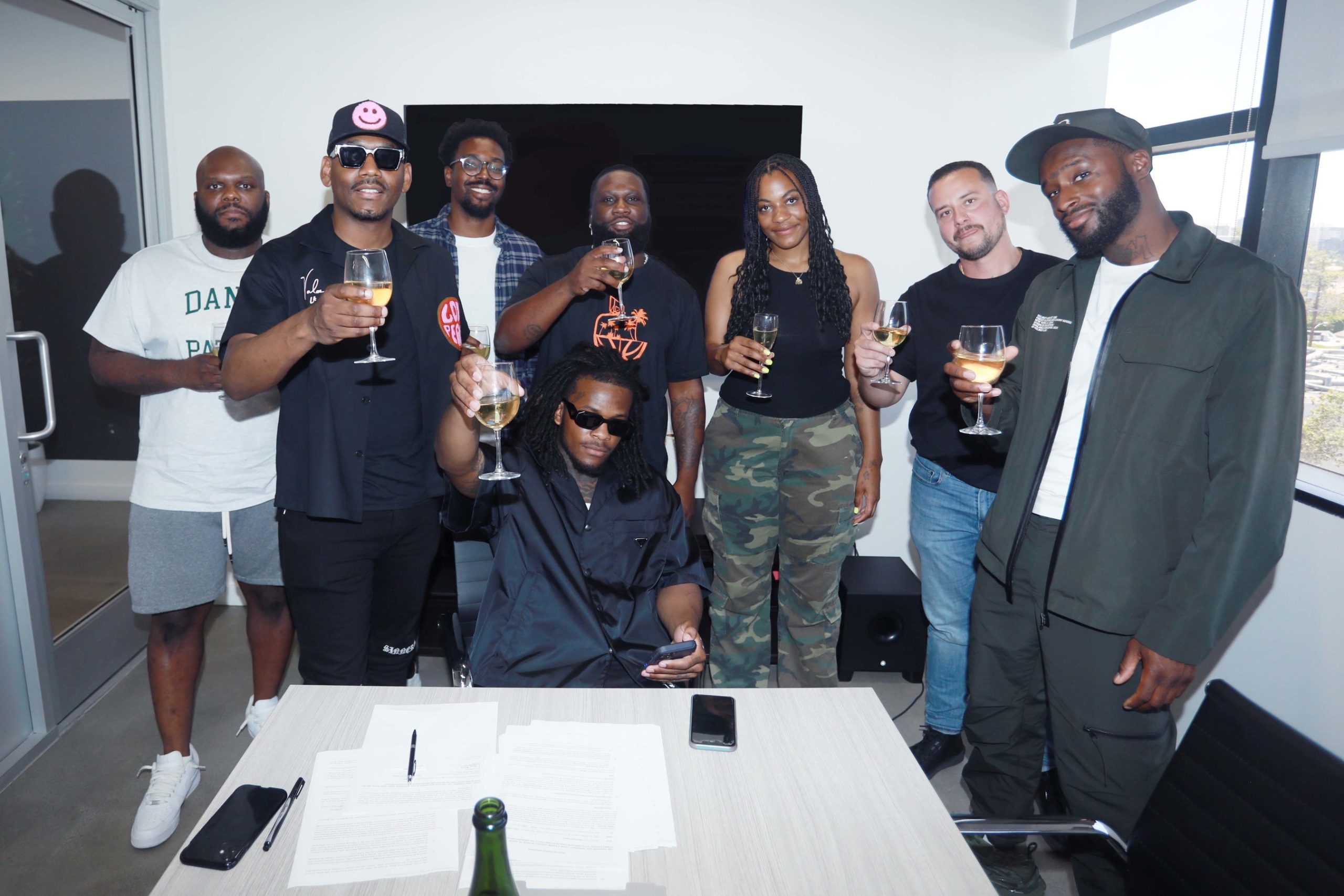 AWAL, a subsidiary of Sony Music, has announced that they’ve signed a million-dollar record deal with Philadelphia hip-hop artist, actor, and creator,  D4M $loan. The 21-year-old artist is the first Philadelphia native signed to the label since its expansion into the hip-hop realm. The signing of D4M $loan coincides with the release of his latest single, Vogue Love, available for streaming on all digital platforms, along with the music video, on June 29th.

nder the new deal, AWAL will leverage the full range of resources the recording company has to secure new opportunities that elevate D4M $loan’s career and propel his signature sound to the world.

“D4M $loan’s grizzly voice and unique sound immediately caught my attention, and I knew he possessed the power to elevate the TrapRock x Jersey Club music genre,” said Cory Walker, A&R Manager at AWAL. “A year and many conversations later, I joined the AWAL team and made my first order of business to sign him- and that’s exactly what I did. We’re going to make history together.”

D4M $loan is best known for his distinctive voice, high energy, and trailblazing the new sound of Philly hip-hop culture with his Traprock x Jersey Club sound.  Sloan, who began his career as a duo, saw his rise in popularity after his unreleased song “Don’t Diss Me,” featuring his late rap partner D4M Skiano, was leaked and went viral in Philadelphia. One month later, they released their hit song “Wolf-N-Demon” featuring Kur, which reached one million YouTube views in just 30 days. The duo’s success continued to skyrocket until the tragic death of D4M Skiano in July of 2020. Committed to keeping the dream of his former partner alive, D4M Sloan released his debut EP titled Full Moon in 2021.

“This is a pivotal moment in my career, and it is so much more significant because of all things that had transpired before I got here,” said AWAL artist D4M $loan. “D4M was meant to be a group created in memory of my childhood friend, and now it is a movement representing the many friends that I’ve lost.  I do this to keep their memories alive while introducing the rest of the world to a journey we started in 2017. I’m excited to take things to the next level and give the world some Swagg in the process.”

$loan’s recent releases, “Swagg Talk” and “Drive Who Crazy,” took fans by storm, remaining in the Top 25 music charts in Philadelphia for weeks, grabbing TikTok by storm, and garnered the attention of several notable celebrities and influencers.  Both releases have also been featured on top editorial playlists, including “Base:Line,” “The New East Coast,” “Breakthrough Hip-Hop,” and “Made in the East.”

In addition to D4M $loan’s lyrical talent, he recently made his acting debut with a principal performance role as “Darnell” on the “The Fresh Prince of Bel-air’s” dramatic reboot “Bel-air,” along with several songs featured on the new series.

“D4M $loan is much more than a rapper, he is an artist-preneur, an artist who is also an entrepreneur, and he is taking ownership of his career,” said Rasheen Farlow, Managing Partner for D4M $loan. “I’ve collaborated with D4M $loan to assemble a team of elite professionals that support his growth as an artist, actor, and businessman. With this ecosystem, his work ethic, and his raw talent, there’s no limit to what he can achieve.”