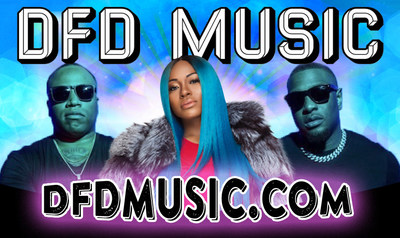 Lake Firm Consulting (https://www.lakeconsultingfirm.biz) — Small businesses are an essential part of the world’s economy. In the music industry independent Artists & Producers make up about 31.1% of the market share. But the pandemic has been harsh to many independent artists that lacked the resources to pivot in a crisis like this. This was not the case for DFD Music who recently ended 2021 closing out at over $200,000.00 in revenue from their music production company this year. “We did it quietly while everyone else was worrying about looking cool on the internet, we were just focused on having fun, making money and music with the release of over 100 independent records,” says Davis Chris. “Success and talent alone don’t get you this far, it’s the ability to remain consistent and execute that has gotten us this far” says “Shane Foster. Independent Artists generated close to $2 Billion dollars in 2020.

DFD MUSIC is an independent in-house production company composed of Davis Chris & Shane Foster. They are graduates from LA Film School in Entertainment Business and Music Production. While attending they completed over 20,000 hours in corporate internship and employment opportunities in the industry. Shane Foster graduated Summa Cum Laude and Davis Chris graduated Cum Laude. In the summer of 2017 the Duo formed the company DFD Music which stands for “Davis, Foster, Davis”. Since then they have received multiple Grammy considerations, moved over 15k units in different genres (verifiable by MRC Data) and charted 10 records on Billboard in multi genres and in three different languages. This year alone their music has been on 8 Official Spotify Editorial Playlists including one Spotify created for Davis Chris. Their unique style of music has also been featured on major FM Radio & major Television and Film. “Davis Chris & Mr Foster” have written and produced records with Iggy Azela, Yo Gotti, BeatKing, Young Dolph, and more. Goals for 2022 are to announce the signing of an Independent Artist, and gain support with a major genre division of a major label behind a hit record or album. DFD looks to be the Urban version of the Chainsmokers. They can’t wait to continue to release major projects in 2022.