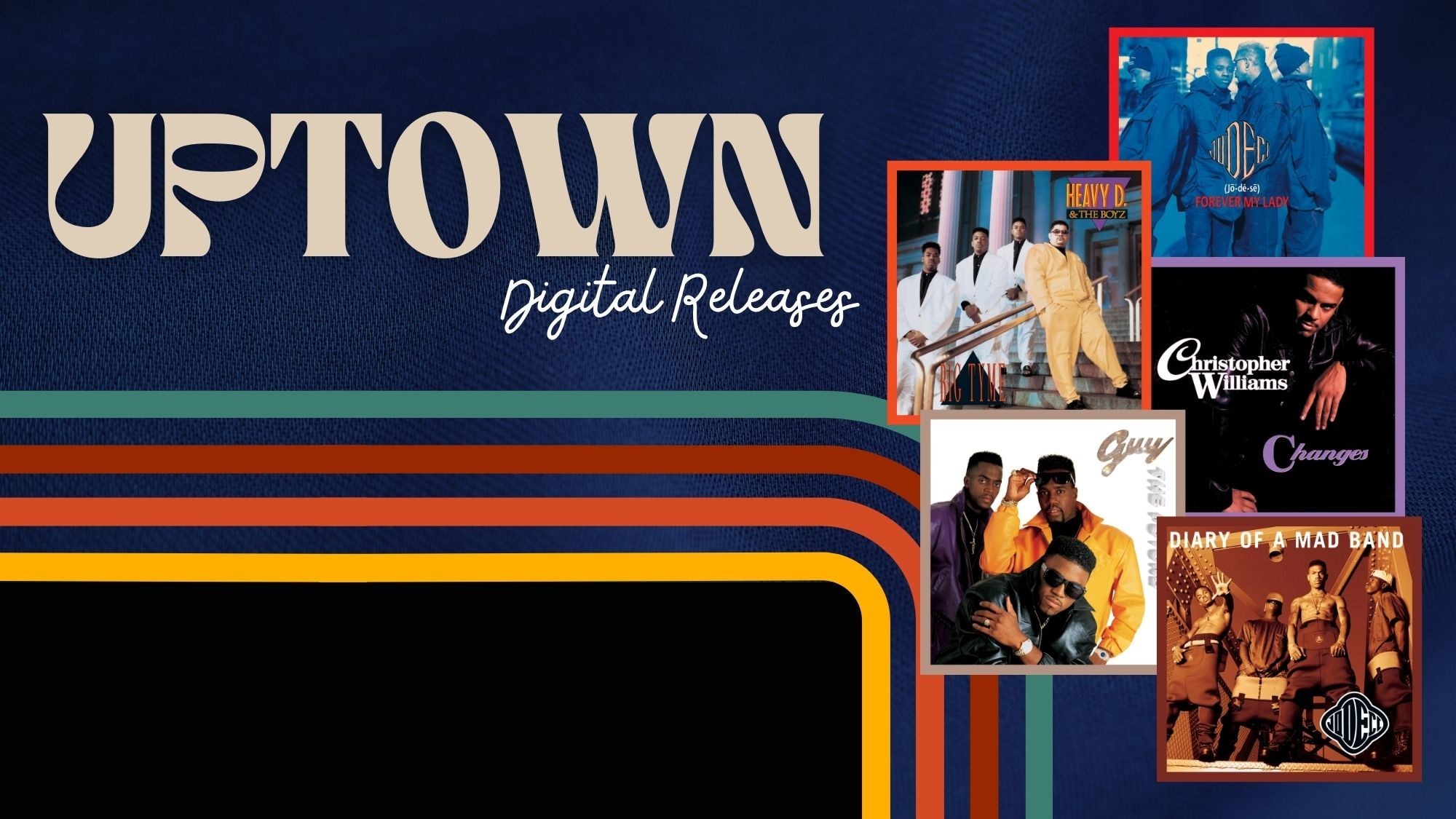 Embodying the spirit of the “New Jack Swing” movement, New York R&B phenomenon Guy—Teddy Riley, Aaron Hall, and Damion Hall—shined on their second full-length offering, The Future. After landing on November 13, 1990, it captured #1 on the Billboard R&B Albums Chart and scaled the Top 20 of the Top 200. It eventually went platinum and spawned the smash “Let’s Chill,“ cracking the Billboard Hot 100 as well as ascending to #10 on the Hot Dance Single Sales Chart and #3 on the R&B/Hip-Hop Singles Chart. Meanwhile, “D-O-G Me Out” reached #8 on the Billboard US Hot R&B/Hip-Hop Singles and Tracks and #15 on the US Hot Dance Music/Maxi-Singles Sales chart. The Expanded Edition boasts a staggering 20 new tracks.

Meanwhile, New York hip-hop juggernaut Heavy D & The Boyz catapulted into the Top 20 of the Billboard Top 200 and seized #1 on the Top R&B/Hip-Hop Albums Chart after hitting the streets on June 12, 1989. It went platinum off the strength of timeless East Coast bangers such as “We Got Our Own Thang,” “Somebody For Me,” and “Gyrlz, They Love  Me.“ It would be the swan song for late bandmate Trouble T Roy. The Expanded Edition touts 7 additional tracks.

Jodeci introduced themselves with their earth-shaking debut Forever My Lady on May 28, 1991. Upon release, it soared to #1 on the Billboard Top R&B Albums Chart and Top 20 at Top 200 at #17. Out of three Hot 100 singles, “Come and Talk To Me” climbed into the Top 15. This iconic R&B opus went triple-platinum in the US with sales of over 3 million and a total of 8 million copies worldwide. The Expanded Edition houses 24 more tracks.

Diary of a Mad Band remains an American R&B classic from Jodeci. Uptown Records unveiled the record just before Christmas 1993 on December 21, and it gifted the world the historic first appearances from Timbaland, Missy Elliott, and Sista, while Redman also pulled up for a feature. Diary of a Mad Band notably marked the group’s second #1 on the R&B Album Chart. Plus, it would be highlighted by the #1 R&B smash “Cry For You,“ #2 “Feenin’,” and Top 15 “What About Us.“ Not to mention, “My Heart Belongs To U” charted for 20 weeks on the Billboard R&B/Hip-Hop Airplay Chart. It became quadruple-platinum in the United States, moving 6 million units worldwide. The Expanded Edition completes the vision with 15 extra tracks.

Christopher Williams first shared his second album, Changes, on December 29, 1992. Beyond peaking at #63 on the Billboard Top 200, it vaulted to #12 on the R&B Albums Chart. The single “I’m Dreamin” climbed to #1 on the Billboard US R&B Songs Chart and soundtracked the end credits of New Jack City. Plus, “Every Little Thing U Do” broke into the Top 10 of Billboard‘s US Hot R&B/Hip-Hop Singles and Tracks chart at #7. The Expanded Edition features 11 more tracks!

These stand out as just a snapshot of Uptown Records‘ legacy. Founded by the late Andre Harrell in 1986, the label served as the first home to everyone from Mary J. Blige, Father MC, and Soul for Real to The Notorious B.I.G. It invariably set the blueprint for nineties R&B and hip-hop, and its influence grows stronger with each decade as evidenced by these reissues.

Be on the lookout for more soon.