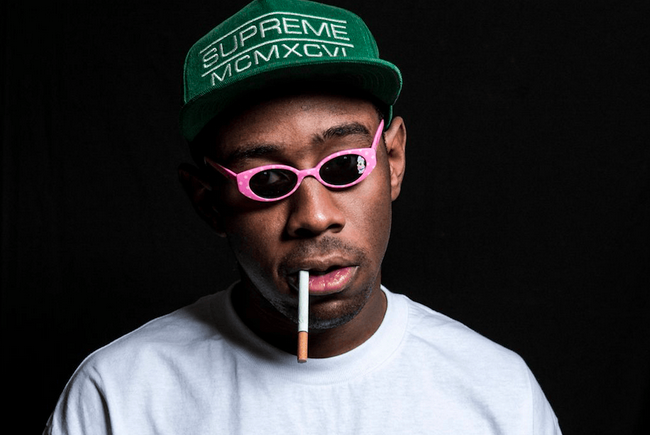 Tyler, the Creator and Converse have come together once again, and just like their recent drop, the collaborative partners are dropping a new iteration of their Golf Le Fleur x Converse GLF 2.0 shoe.

After making its retail debut in June, the musician’s new Converse silhouette just released in a new white-based colorway today. The sneaker features a premium leather construction on the upper and is paired with special Golf Le Fleur branding on the tongue tag and on the keychain attached on the shoelaces. The shoe also features a plush CX sockliner for additional comfort by the ankle collar while a sail midsole and a pink rubber outsole complete the look.

While the newly released shoes, designed by the 31-year-old, are similar to the original GLF sneaker, there are key differences, such as an all-white color blocking detail.

The GLF 2.0’s white colorway was issued as a limited global release at Converse.com and GOLF le FLEUR, retailing at $110. It is described in a press release from Converse as having a vivid outsole and vintage references—including a remixed Converse logo license plate.

“After years of collaborative drops and explorations, the creative visionary has crafted an entirely new shape inspired by the OG sneaker that started it all. Distorted lines and a minimalist, all-white leather design continue a trend of finding unexpected possibilities in classic Converse style,” Converse wrote for the product description of the shoe.

GLF 2.0 continues a year of strong releases from the MC and Converse. The new design came after the “WusYaName” rapper and classic sneaker brand teamed up in April for a customizable collection. Prior to the unique release, Tyler and Converse issued the Chuck 70 sneaker in two colorways, Topaz Blue and Pink Dogwood in a modern python print.