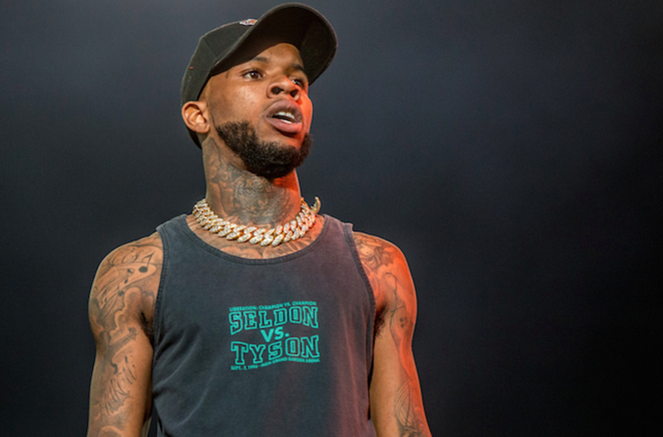 Billboard reports that Alsina posted a picture on Instagram on Sunday (Sept. 18), showing a swollen face and a bloody lip following a concert at Chicago’s Arie Crown Theater. The singer typed a lengthy caption to accompany the photo, explaining what happened between Lanez and himself\

TMZ Hip Hop exclusively reports that Tory Lanez will no longer be a part of The Fall Back In Love Comedy & Music Jam for his involvement in the incident. The tour’s creator, Rip Michaels, confirmed the news to the celebrity gossip site while also revealing things went left between the two musicians because Lanez was BIG MAD after August Alsina brushed him off.

Alsina continued later in the post, detailing Tory’s alleged physical assault and why the rapper was upset. August stated Lanez asked “w/ a broken ego” why he “didn’t dap him up.” The New Orleans singer then shared that he assumed he and Tory were not on the best terms, and that he’s been advised by his doctor not to shake hands. According to his post, the situation then turned violent.

“We are aware of the allegations that the defendant attacked artist August Alsina and are investigating these claims,” said the Los Angeles District Attorney’s Office in a statement to Billboard. “The allegations are serious and will be thoroughly examined.”

According to the comedian, the concert is all about artists coming together and providing positive vibes, hence why he decided to give Tory Lanez the boot
In this article: