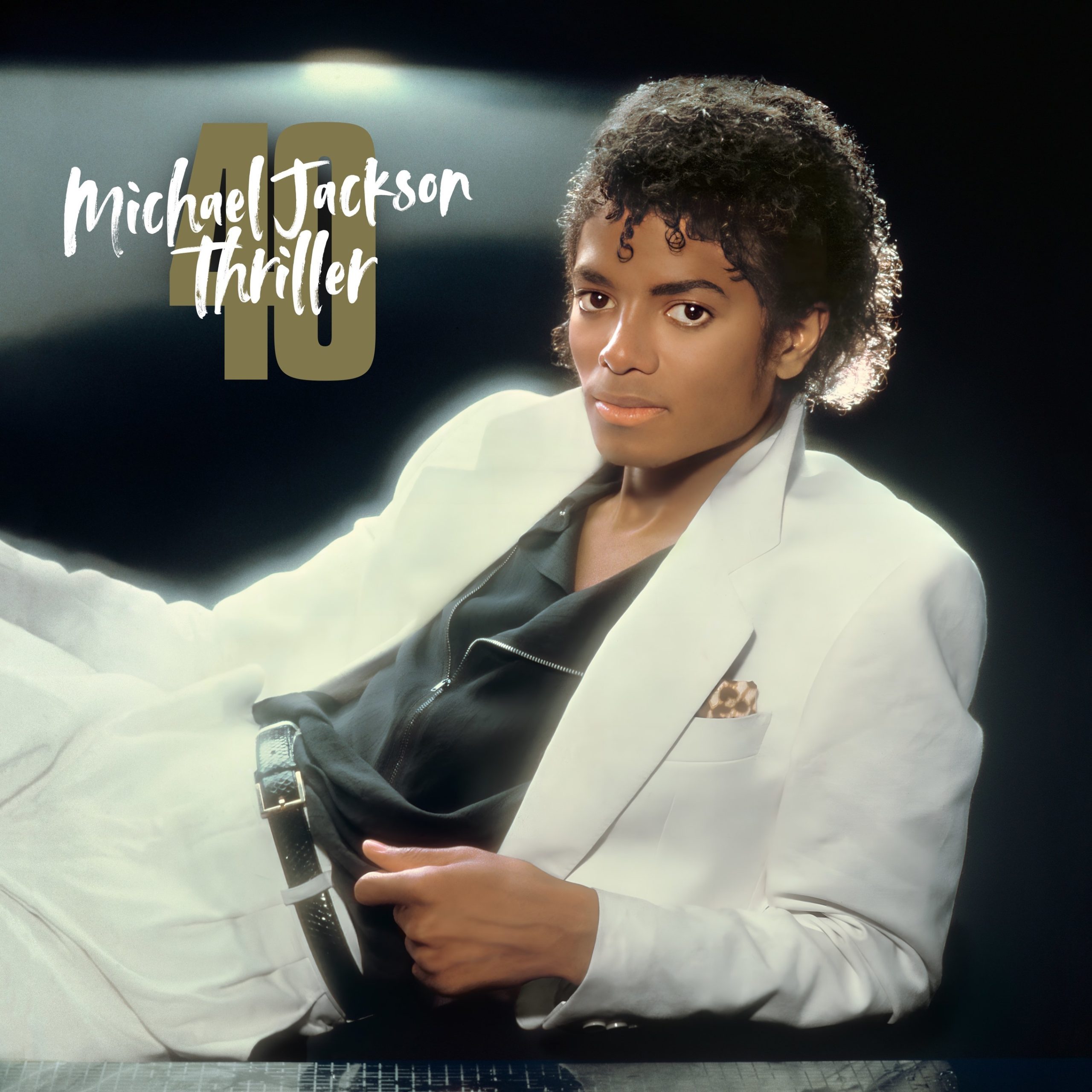 Sony Music and the Estate of Michael Jackson today announced that it will celebrate the 40th anniversary of Michael Jackson’s Thriller, the biggest selling album of all time, with the November 18 release of Michael Jackson Thriller 40, a double CD set comprised of Michael’s original masterpiece Thriller and an exciting second disc full of surprises for fans including never-released tracks which were worked on by Michael for the Thriller album. To date, the album has amassed in excess of 100 million in sales worldwide.

Mastered from the original analog master tapes, Mobile Fidelity will also make available the original Thriller album as a One-Step 180g 33RPM LP, pressed at RTI and strictly limited to 40,000 numbered copies as well as a hybrid SACD. (An UltraDisc One-Step 180g 45RPM 2LP set of Thriller will be released at a future date.)

Go HERE for information and to Pre-Order.

Several activations are planned between now and the end of the year to honor Michael’s epic creation which won a record setting 8 Grammys, smashed musical barriers and changed the frontiers of pop music and videos forever.  Michael Jackson’s Thriller has spent more than 500 weeks on the Billboard album chart and has sold over 100 million albums since its release on November 30, 1982. The first such activation is the first drop of new merchandise featuring the special Thriller 40 logo which is now available exclusively through the MichaelJackson.com webstore.

Thriller holds a modern-day record of 37 weeks at No. 1 on Billboard. It was the first album in history to spend each of its first 80 weeks in the album chart’s Top 10, a feat only reached by one other album in the nearly four decades since. During its 112th week on Billboard’s album chart, it became the first title ever to be certified RIAA 20X multi-Platinum (October 30, 1984) and became the first title ever to be certified more than RIAA 30X multi-Platinum in 2015 and since has been certified at 34x Multi-Platinum.

Worldwide, Thriller went to #1 in practically every country in the world, including the UK, France, Italy, Australia, Denmark, Belgium, South Africa, Spain, Ireland, New Zealand, Canada and apartheid South Africa and remains the biggest selling album of all time with sales in excess of 100 million.  Seven tracks from the album became Top 10 singles, and three, “Beat It,” “Billie Jean,” and “Thriller,” went No. 1.

The music on Thriller was so singular for the time it defied any definition of rock, pop or soul that had gone before. “Beat It” was a new kind of pop-rock hybrid and demolished the longstanding segregation between black and white music with Eddie Van Halen’s incendiary guitar. On “The Girl Is Mine,” two men, one white and one Black, banter about the same girl. On the same album were songs like the African-rooted “Wanna Be Startin‘ Somethin’” and the rhythm and blues-based “Billie Jean.”

Michael set out to revolutionize how to tell a story and entertain on a grand scale through film but faced roadblocks. Despite the luscious cinematography, dramatic narrative and spectacular choreography of “Billie Jean,” a fledgling MTV, which was programming white rock artists almost exclusively, refused to play it. Epic persisted. Once the wall came crashing down, MTV’s ratings soared and a door was opened for a generation of African American artists. “He was MTV’s Jackie Robinson,” said cultural critic Touré.

Next, came the unforgettable short film for “Beat It,” which featured Michael bringing two gangs together through the power of music and dance. And then there was “Thriller.” Premiered at the AVCO Theatre in Los Angeles in 1983, it sold out every night for three weeks. No other video before or since has generated such excitement and has such a hold on our attention, such that 40 years later we all share it as a collective memory and it remains the only music video to be inducted into the elite National Film Registry by the Library of Congress.

Music from Thriller and Michael’s other hit albums is featured in the hit Las Vegas show Michael Jackson ONE, at the Michael Jackson ONE Theater in Mandalay Bay Resorts and Casino and in the acclaimed Broadway musical MJ The Musical at the Neil Simon Theatre in New York, which was nominated for 10 Tony Awards last week. Michael has sold more than 1 billion records and remains one of the top streaming artists in the world.