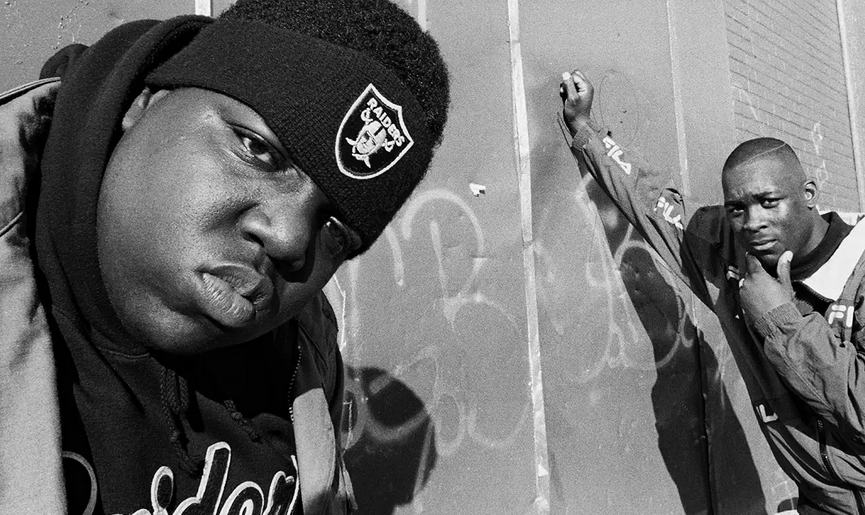 News of the crime left local residents in shock, with many voicing their disappointment that such an act could be committed in the very neighborhood the rapper helped put on the map during his successful, yet brief career.

A mural honoring the late rapper The Notorious B.IG. was vandalized in Brooklyn, N.Y. According to a CBS New York report, published on Friday (Aug. 26), police are looking for the vandal(s) responsible for defacing the Biggie mural located on the corner of St. James Place and Fulton Street in the Clinton Hill section of Brooklyn, N.Y. The wall painting of The Notorious B.I.G., born Christopher Wallace, was tagged with “East Coast” in red spray paint and a darker red paint was splattered across Biggie’s face

Junior M.A.F.I.A. member Nino Brown posted a clip showing the aftermath of the crime, voicing his own disdain over the incident. “Some ppl are so miserable in this world,” the Brooklyn rapper wrote in his Instagram video’s caption. Tek of the rap group Smif-N-Wessun, Gavin Marchand, and others shared their own reaction in the post’s comments.

Surveillance video captured someone with a dog by the mural early Friday morning. Although it’s difficult to see, it appears the person was using his cell phone and was taking a picture or video in selfie mode.

Artist Vincent Ballentine, who spent two days creating the mural in 2019, told CBS New York that he plans to repaint it to its original glory.