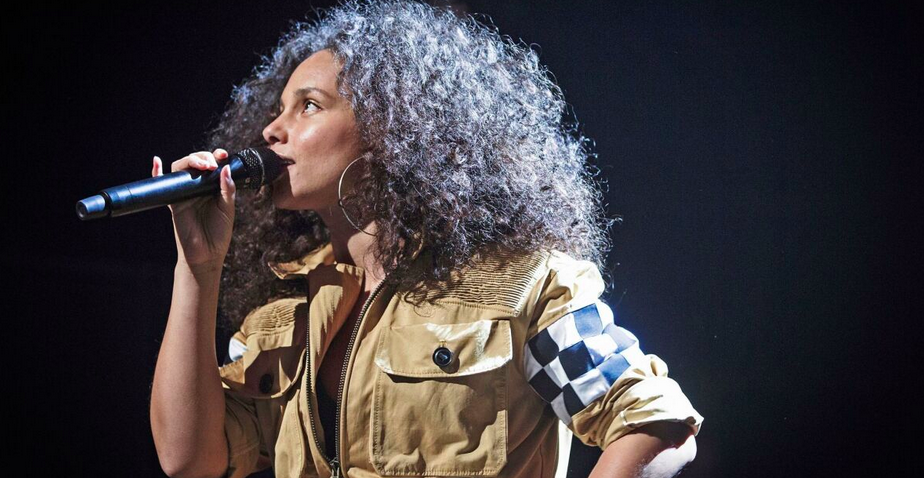 The new date is Nov. 5 and will be held at San Diego State University’s Viejas Arena. That is a short walk from where Keys’ Sept. 9 concert was scheduled to be held at SDSU’s Cal Coast Credit Union Amphitheatre.

There should be a club for New York natives turned Los Angeles transplants, because those who get it, get it. The differences between the two major cities are aesthetically obvious, but there are also energetic elements of New York that are extremely difficult to replicate. So naturally, when the unofficial mayor of NYC, Alicia Keys, slid through to sprinkle a taste of the Empire State onto the City of Angels, I had to be in the audience at YouTube Theater.

The adoring Pink Sweat$ kicked off the affair with “Coke & Henny, Pt. 2,” “PINK MONEY,” and “Honesty.” Radiating the warmth and familiarity of a teddy bear, the 30-year-old Philly native took the stage in a cozy striped shirt, jeans, and slides. His set was just as effortless; he only needed to rely on his mesmerizing voice and soothing acoustic guitar to set a trance. To cap his performance, the crooner serenaded an adorable couple with his enchanting ballad, “PARADISE.”

This will mark the fourth effort by the 15-time Grammy Award-winner to perform in San Diego since she and her family became La Jolla residents in 2019. Her sold-out 2020 concert at the SDSU amphitheater was postponed until 2021 because of the pandemic, then postponed again until Sept. 9, then postponed yet again.

The high energy segued into a dynamic performance of “Karma” under deep red lights. It was at that moment I knew I needed to chill before I strained my vocal chords like I did when I first saw her live in 2013 at Madison Square Garden. Needless to say, the love I have for this songbird runs very deep.

Thankfully, Keys slowed things down when she performed the amorous tune, “Un-thinkable (I’m Ready),” now under a hue of ocean blue lights. Though the following two nights featured appearances from Khalid, Lucky Daye, Brent Faiyaz and H.E.R., seeing Miguel was a true personal highlight. He joined the woman of the hour for a special rendition of “Show Me Love.” The surprise made two things clear: Miguel is very missed and it’s about time he satisfies fans’ cravings with new music. Such a moment could only be matched if Keys brought out Tony! Toni! Toné! for a live performance of “Diary,” but maybe that’s a dream for later in life.