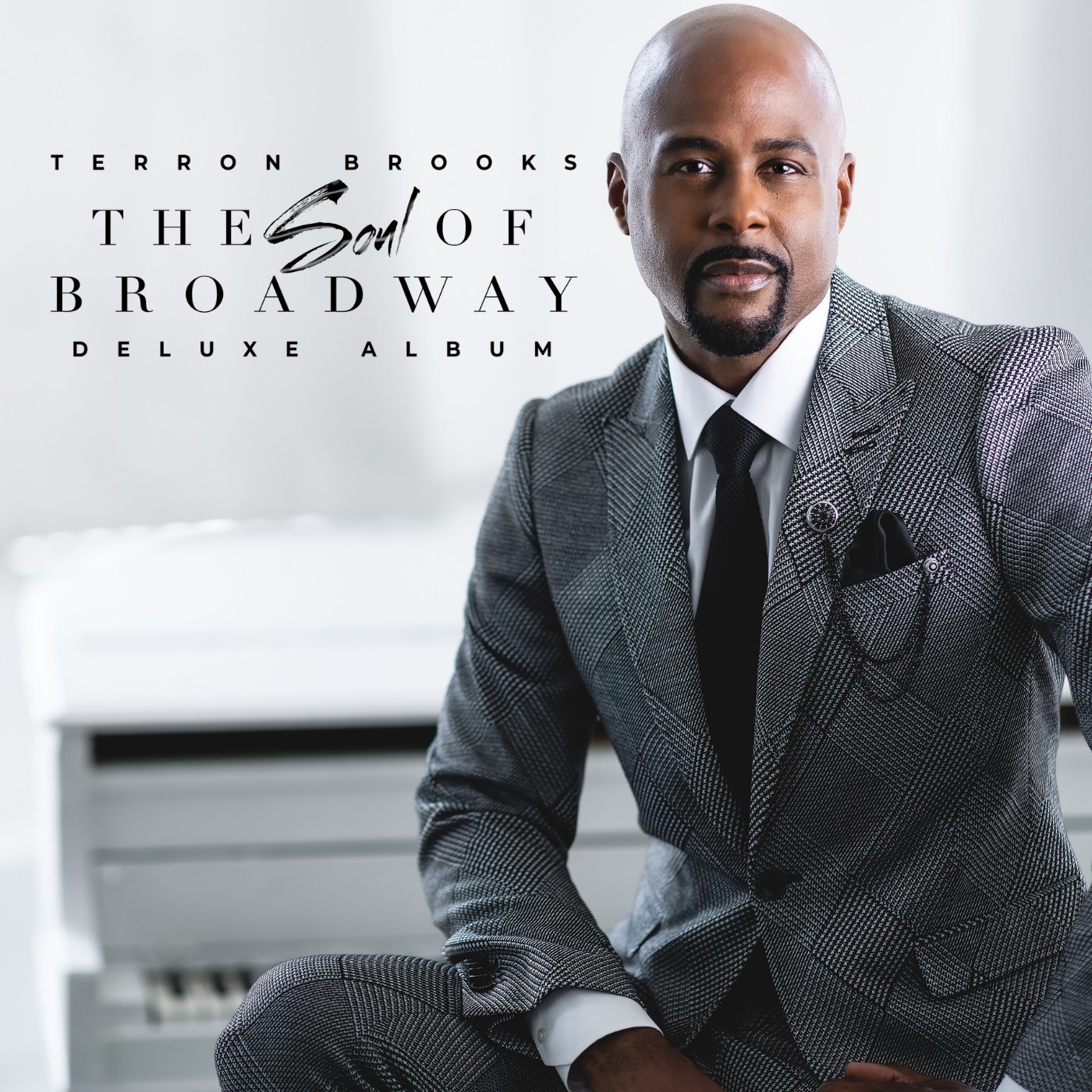 The Soul of Broadway (Mercia Records with distribution through SONY MUSIC/The Orchard Internationally) takes listeners on a soulful, inclusive journey of dreams, hope and love. In this special moment in time when Broadway and the world is emerging back into the light, this album with songs that have touched so many lives couldn’t be more pertinent.

“I’m so proud we are finally releasing the entire collection of reimagined Broadway classics,” Terron says. “I had a vision of communicating these songs to a wider audience, putting a spotlight on lyrics that are so universal and inspiring. I wanted to make the songs personal on a soul level. Broadway is known for telling stories, and I wanted to weave in mine.”The Soul of Broadway (4 Times Entertainment, Inc./The Soul of Broadway, LLC) has already received much fanfare. In 2021, the singles “Something’s Coming” (West Side Story) and “Tomorrow” (Annie) were released. With its powerful and timeless message, “Tomorrow” has massed over a million views on YouTube, and Terron’s performance of the song closed the Night of Covenant House Stars concert.

The album also includes “What About Love” from The Color Purple. Terron performs the duet with Keala Settle (This Is Me, The Greatest Showman).

“I knew I needed a powerhouse vocalist who would leave her heart on this record, and Keala delivered,” says Terron. “We recorded the song the day Aretha Franklin died. It was an emotional day, and you can feel the raw emotions of the moment. Keala’s performance puts an exclamation mark on what we created.”

Their duet is a reunion between the vocalists, who shared the stage on the first national tour of Hairspray. Additionally, Terron has performed with legends Phil Collins, David Foster, Stevie Wonder, Smokey Robinson and around the world with Disney in Concert symphonies. Terron is widely recognized for his critically acclaimed role as the great Eddie Kendricks in the Emmy Award-winning NBC mini-series The Temptations. On stage, Terron received an Ovation Award nomination for his role in Sweet Charity. He also delighted audiences on Broadway in Disney’s The Lion King. In 2021 Terron launched the podcast Honest Answers and is the author of the book Something GoOD on the Table: Practical Proverbs for the Soul.

“My hope is this music we’ve recreated on The Soul of Broadway is loved and cherished by all different kinds of people and is heard with hearts that heal and unite.”