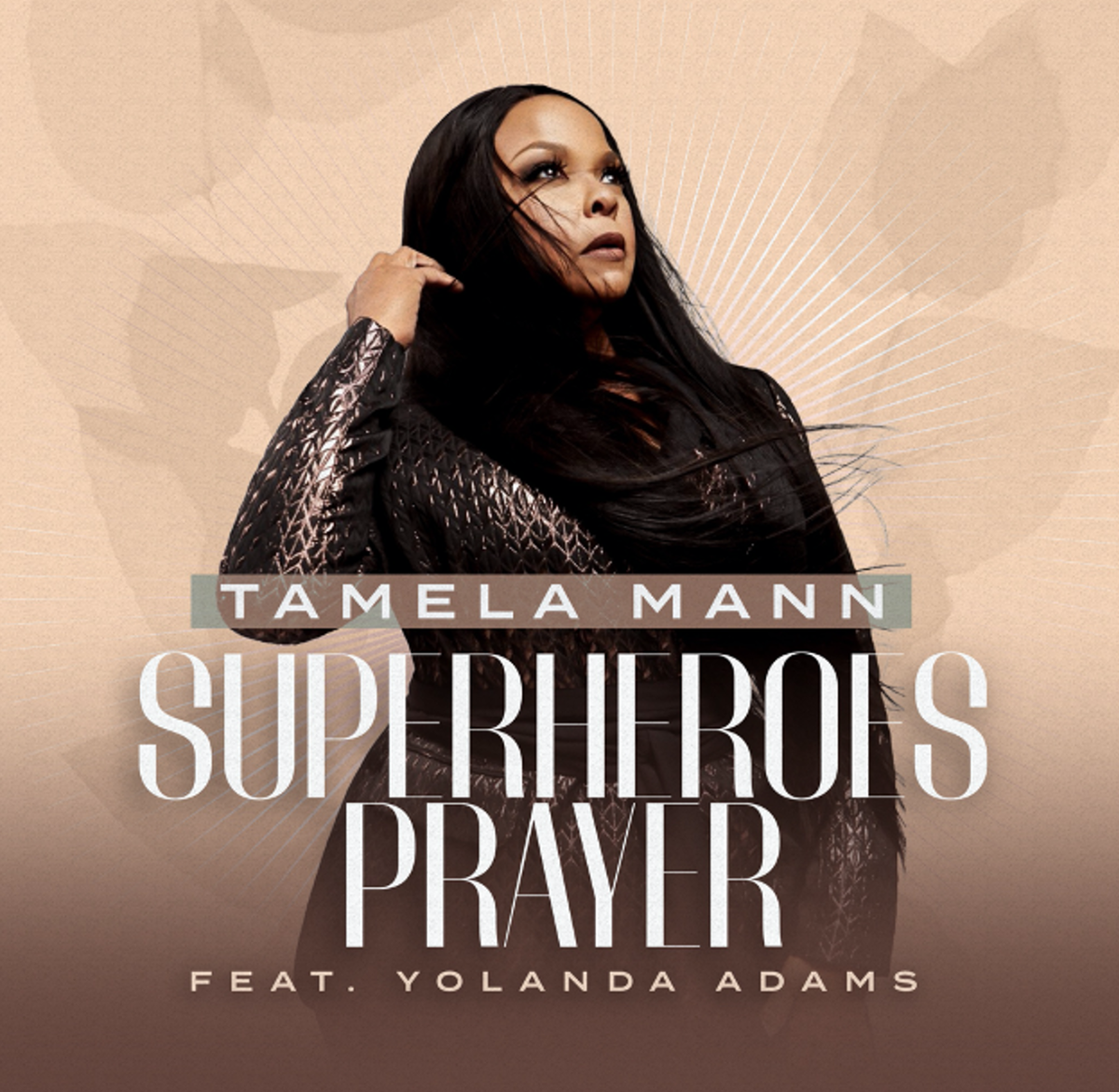 “So often we search for something, someone, to help us and give us hope, not realizing what we’re searching for has always been right there,” said Tamela Mann. “God is our help and hope, and He’s always available to us. He is the ultimate Superhero.”

“Superheroes Prayer” is the latest offering from Tamela’s forthcoming album Overcomer: Deluxe Edition. Tamela recently made history as the first gospel artist to chart nine No. 1 singles on Billboard’s Gospel Airplay chart, with previous single “He Did It For Me” taking the top spot. Heralded as some of the superstar’s best work, the deluxe edition of the album builds upon the original version’s themes of resilience, strength, purpose and the beauty of faith, with an offering of both all new tracks and intimate live renditions of fan favorites from Overcomer. Overcomer: Deluxe Edition will be distributed by The Orchard, and available as a digital release across all major music streaming platforms on July 22, 2022. The album is available now for preorder here.

Overcomer: Deluxe Edition is the latest accomplishment in Tamela’s storied career. Tamela is a Grammy® Award Winner, BET® Award winner, Billboard® Music Award Winner, NAACP Image® Award Winner, Gospel Music Stellar® Award Winner, actress, songwriter, producer, and businesswoman. Her Billboard No. 1 album Best Days includes the No. 1 Platinum single “Take Me to The King” and received Billboard’s “Album of the Decade” for 2010-2019, in the Gospel category. Tamela’s Billboard No. 1 album, One Way, garnered two No. 1 singles, including “Change Me” and “God Provides,” which earned the singer her first Grammy® Award in 2017. In 2018, Tamela and her husband, NAACP Image® Award winning actor David Mann, released their first book and joint album, Us Against the World. The book won an NAACP Image® Award for Outstanding Literary Work and the album continues to garner top-charting singles including the Urban AC track, “Ups & Downs.” Tamela and David together helm Tillymann Entertainment. They starred in the NAACP Image® Award-winning docu-series “The Manns,” the hit comedy “Mann & Wife,” and are currently starring in “Tyler Perry’s Assisted Living” and “Mann Family Dinner” on their MANNTV YouTube channel. Tamela’s athleisure apparel and shapewear line, the Tamela Mann Collection, is available at TamelaMann.com and in select retail stores.