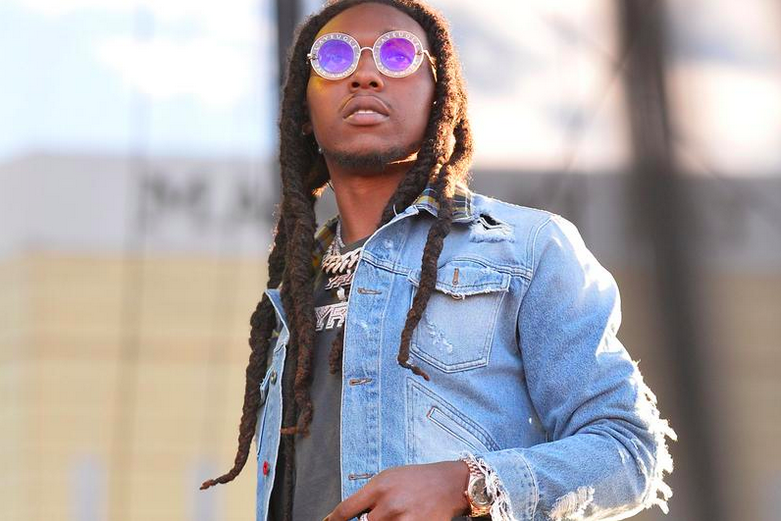 The funeral for Migos member Takeoff will take place on Friday (Nov. 11) at State Farm Arena in Atlanta. According to a release announcing the Celebration of Life, it will take place at noon, with free tickets available to Georgia residents only beginning Tuesday (Nov. 8) at 2 p.m. through Ticketmaster: there is a two-ticket maximum, the tickets are non-transferrable and guests must enter the venue together. Takeoff ( born Kirshnik Khari Ball), 28, was gunned down at 810 Billiards & Bowling in Houston, Texas in the early hours of Nov. 1 at an afterparty he attended with his uncle and Migos bandmate, Quavo.

The funeral will follow a strict no photo or video policy, and media will be prohibited from covering the event. Attendees will be asked to check their devices inside of Yondr bags upon entry into the arena. More details can be found here.

The family asks that in lieu of flowers or gifts that donations should be made to The Rocket Foundation which was recently established to support programs which are saving lives through proven, community-based solutions to prevent gun violence.

Takeoff, 28, was shot and killed at 810 Billiards & Bowling in Houston, Texas in the early hours of November 1st. He and his uncle, fellow Migos rapper Quavo, were playing dice when he was shot after a fight broke out. Police don’t believe Takeoff was involved in the fight. No arrests have been made in relation to the shooting.

Friend and collaborator Drake announced on Monday that he was postponing his planned show at Harlem’s Apollo theater to mourn Takeoff. “The Apollo show has been moved to allow us to pay respect to our dear friend this weekend,” the superstar wrote on his Instagram Stories beneath an updated poster announcing the new dates of Dec. 6 and 7. “We have added a second date for the fans.”

Last week, Drake memorialized the late Migos rapper — who was gunned down at a Houston bowling alley in the early morning hours of Nov. 1 — during the album release party for Her Loss, his new collaborative LP with 21 Savage.

“I’d just like to send our deepest condolences from the family to the entire QC, to our brother Quavo, to our brother Offset, to the friends and loved ones of the legendary, unprecedented Takeoff — a guy that I knew for a long, long time,” he said, adding, “I always talk about the fact that this was one family. My friends in the music industry are not friends, they’re family. So, our deepest condolences — tragic loss for all of us and, you know, a dark cloud over this business that we love so much.”