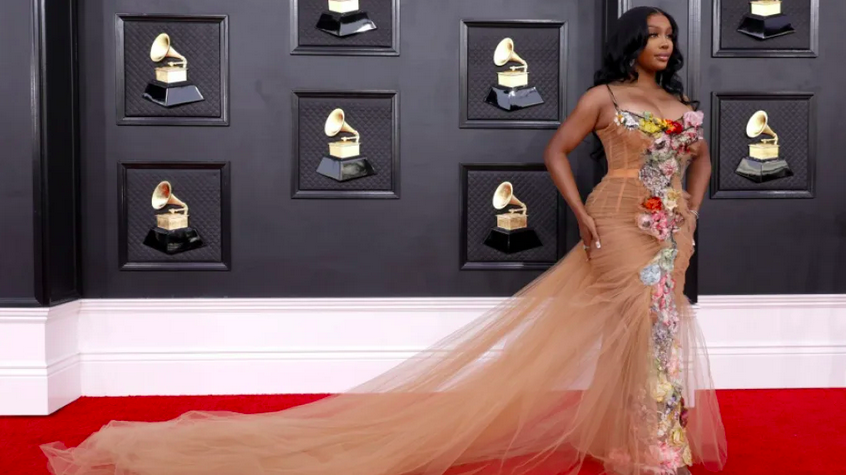 A trampoline park in Austin isn’t the first place you’d expect to see hundreds of SZA fans. Yet on a Friday night in October, there they were — lined up, excitedly chanting the lyrics to “The Weekend” from the singer-songwriter’s 2017 debut album, Ctrl. And in fact, it wasn’t a completely unexpected sight: SZA had just wrapped her headlining set at the Austin City Limits festival and sent an open invite on Twitter to “randomly jump w me” till 2 a.m. The former competitive gymnast flipped into the foam pit with the utmost joy, just like her fans.

SZA has finally given fans a release month for her long-awaited album, S.O.S.

During an interview with Billboard, the songstress revealed that her follow-up to her 2017 LP, Ctrl, will be arriving at an unspecified date in 2022’s final month of the year.

Her major label sophomore LP, which the songstress will release on Top Dawg/RCA, is said to be “the most captivating music [SZA] has ever made.”

“Her beloved lo-fi beats sharing space with surf rock within the same track,” the Billboard report reads. “A grunge record and an acoustic guitar-driven ballad coexisting without either sounding out of place.”

When SZA released Ctrl on June 9, 2017, on RCA and TDE, she immediately established herself as alternative R&B’s girl next door and one of the most exciting new voices in music. Sonically, it was the kind of music SZA had always wanted to hear growing up but never quite found outside of herself — an abstract form of R&B influenced by indie and trap music and shaped by lo-fi beats. And lyrically, it was the kind of ultra-relatable songwriting that young people from all walks of life needed: SZA chronicled familiar coming-of-age quandaries, like wondering if your significant other believes you’re enough, or debating if being normal would benefit your relationships, or, well, questioning everything else life throws at you in your 20s. On its cover, the album showed SZA just as she was (and still is): a charismatic, laid-back girl with big curly hair who dressed just as she pleased in a track jacket, bodysuit and tube socks. Not only did she give a legion of awkward Black girls like me a realistic role model — she also struck a chord with the Recording Academy, becoming the most nominated woman at the 2018 Grammy Awards with five nods, including for best new artist. Though she didn’t win, she still shifted the culture: Since debuting at No. 3 on the Billboard 200, Ctrl hasn’t left, spending 281 consecutive weeks on the chart (through the Nov. 5 edition).