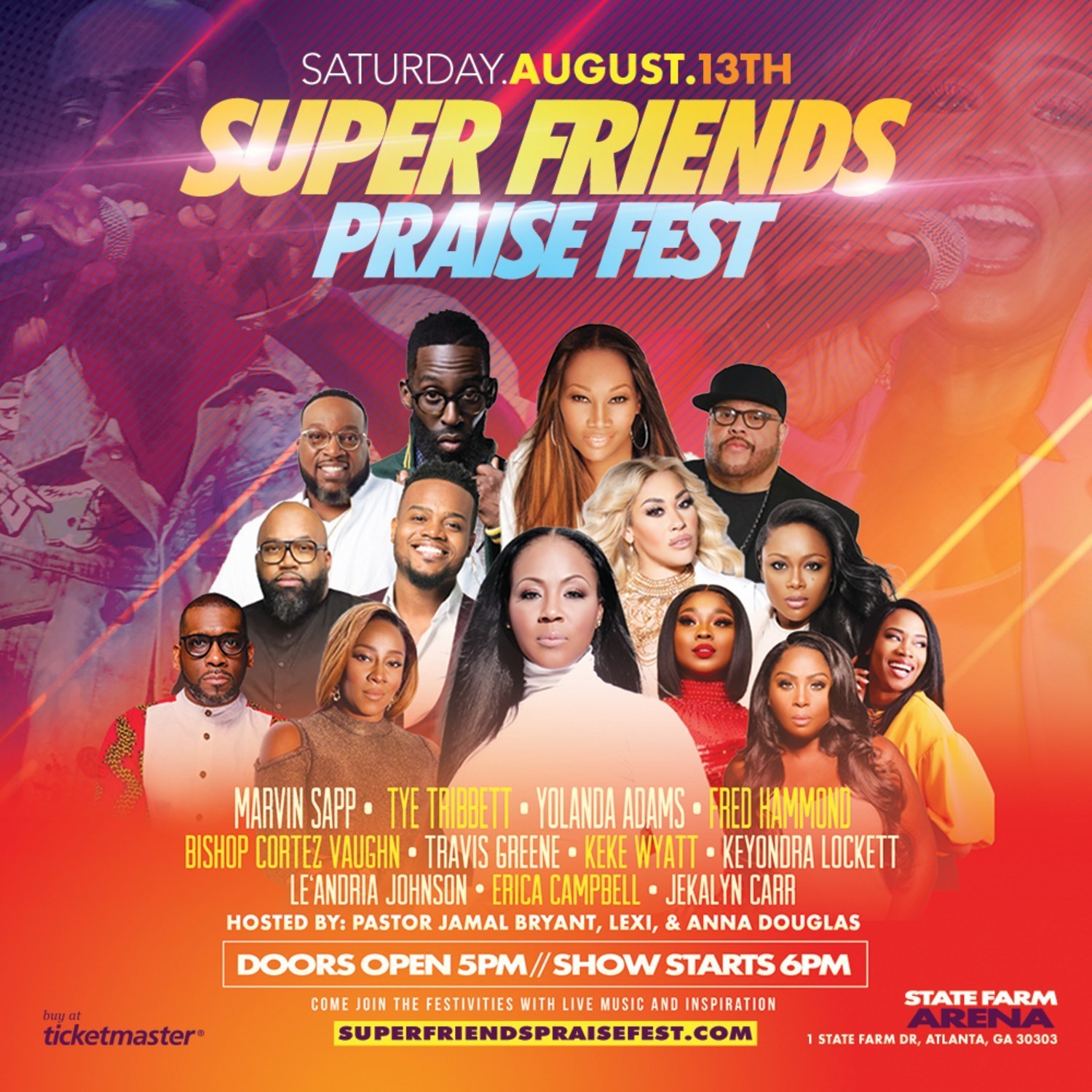 An all-star lineup of gospel music’s biggest names will be in concert on Saturday, August 13, 2022 at the State Farm Arena. The list of artists set to perform include Yolanda Adams, Erica Campbell, Jekalyn Carr, Marvin Sapp, Keke Wyatt, Fred Hammond, Tye Tribbett, Travis Greene, Le’Andria Johnson, Keyondra Lockett, Bishop Cortez Vaughn and more!  There will also be a special appearance by Pastor Jamal Bryant. The show will be hosted by social media influencers Lexi Allen and Anna C. Douglas. The show will be filled with laughs, worship, and many of the industry’s top hits that will be sure to have the stadium dancing in their seats!

This year has been an exciting year for many of these artists! Yolanda Adams has a starring role in the BET hit series, “Kingdom Business”, and both Marvin Sapp and Fred Hammond were nominees at the year’s 2022 BET Awards. Both Erica Campbell and Jekalyn Carr have successful radio shows with our media partners, Radio One. Le’Andria Johnson recently graced the stage of the ‘Martin: The Reunion‘ and Tye Tribbett has recently released a new album entitled, “All Things New”.

The executive team of the Super Friends Praise Fest say, “We are excited to bring gospel music to the State Farm Arena! The last few years have been rough for so many, but we are excited to bring people back together with one of the best lineups we’ve seen in years! We want people to bring their families and friends out for a night of great gospel music that they’ll continue to talk about months later.”

Tickets are now available at superfriendspraisefest.com and is sure to sell out quickly!