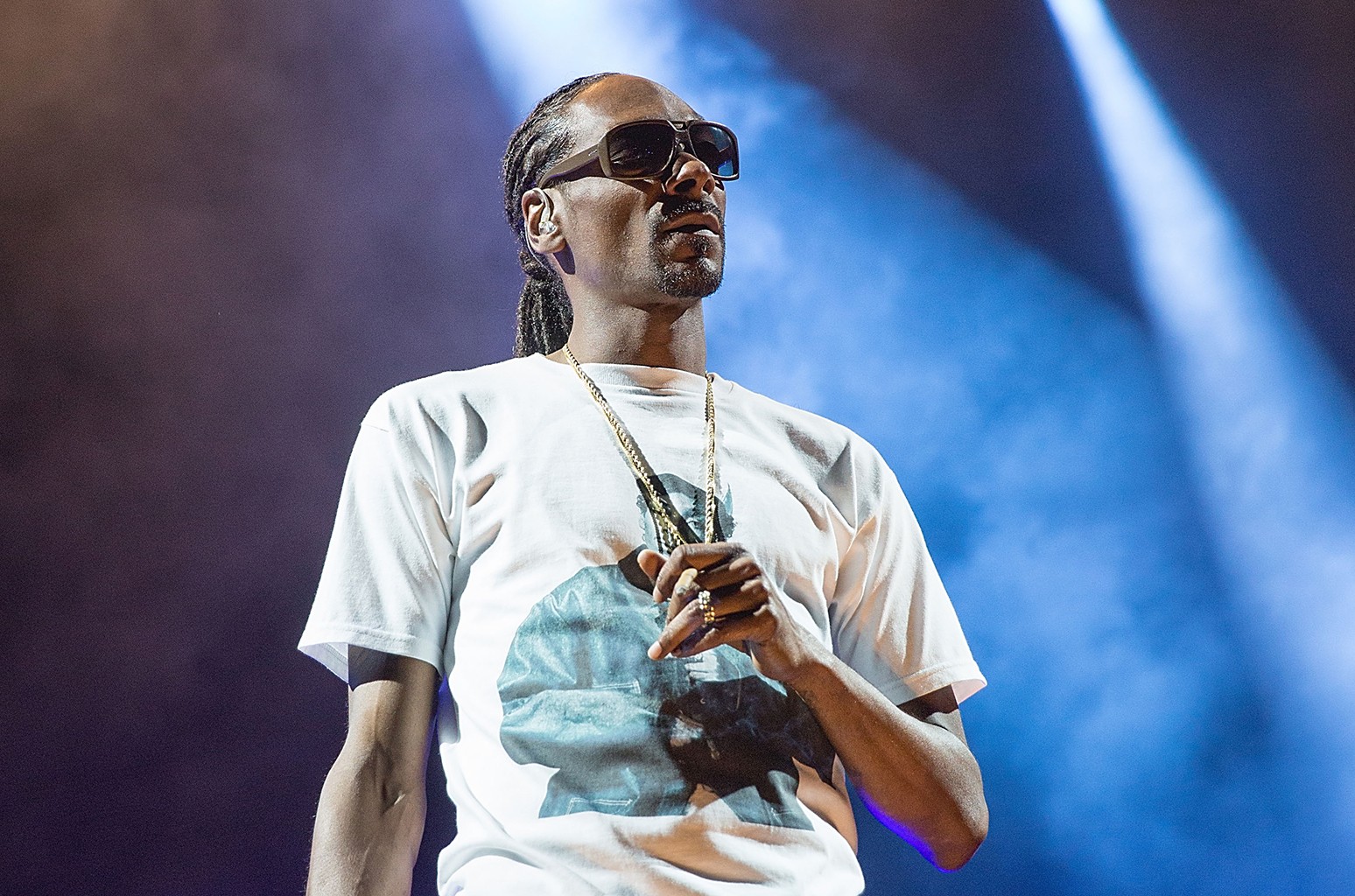 FaZe Clan announced on October 25, 2021, that it will merge with BRPM, a special purpose acquisition company, to become a publicly traded company. The transaction is expected to close in Spring 2022. In his role as a director, Snoop Dogg will bring his extensive entertainment industry insights and his passion for Web3, gaming and culture as FaZe Clan charts its course as a public company. A full list of the expected post-merger Board of Directors will be announced later this month.

“The organic relationship between FaZe and Snoop has been building for years now, so we are thrilled to officially welcome FaZe Snoop to the family. As the original internet kid and first generation gamer, Snoop has always understood the cultural connection between music, lifestyle and gaming,” said Kai Henry, Chief Strategy Officer of FaZe Clan. “Today, Snoop is a prominent voice in the emerging Web3 community and we have exciting plans to create together in the metaverse, driving new engagement opportunities for both of our fanbases.”

“It only makes sense to partner with FaZe Clan as both a team member and on the Board of Directors,” said Snoop Dogg, Entertainment Icon. “The youth identifies with their brand and that’s something my son Cordell knew, which is why he brought us together.”

“As I’ve been watching what FaZe Clan has been building in the gaming space, I knew there was a natural connection with what my dad has been doing,” said Cordell Broadus, Creative Consultant, Channel 21. “When I look at the two brands, I was inspired by the synergy they could create so I brought them together in this partnership. I can’t wait for the world to see what we are about to do.”

Snoop Dogg joins FaZe Clan’s talent collective of over 85 members which consists of world-class gamers, influential content creators and personalities whose following expands beyond the world of gaming. Members include NFL star Kyler “FaZe K1” Murray, Lebron “FaZe Bronny” James Jr., Lil Yachty aka “FaZe Boat,” and Offset aka “FaZe Offset” and as part of the roster, they represent FaZe Clan in the gaming community and across the converging media and entertainment industries.

ABOUT FAZE CLANFaZe Clan is a digital-native lifestyle and media platform rooted in gaming and youth culture, reimagining traditional entertainment for the next generation. Founded in 2010 by a group of kids on the internet, FaZe Clan was created for and by Gen Z and Millennials, and today operates across multiple verticals with transformative content, tier-one brand partnerships, a collective of notable talent, and fashion and consumer products. Reaching over 350 million followers across social platforms globally, FaZe Clan delivers a wide variety of entertainment spanning video blogs, lifestyle and branded content, gaming highlights and live streams of highly competitive gaming tournaments. FaZe Clan’s roster of more than 85 influential personalities consists of engaging content creators, esports professionals, world-class gamers and a mix of talent who go beyond the world of gaming, including NFL star Kyler “FaZe K1” Murray, Lebron “FaZe Bronny” James Jr., Lil Yachty aka “FaZe Boat” and Offset aka “FaZe Offset.” Its gaming division includes ten competitive esports teams who have won over 30 world championships. FaZe Clan recently announced plans to go public through a merger with B. Riley Principal 150 Merger Corp. (NASDAQ: BRPM), a special purpose acquisition company. Learn more at fazeclan.com/public. For more information, visit www.fazeclan.com, investor.fazeclan.com and follow FaZe Clan on Twitter, Instagram, YouTube, TikTok, and Twitch.

About Snoop DoggAn Entertainment Industry Mogul, Snoop Dogg has reigned for nearly three decades as an unparalleled force who has raised the bar as an entertainer and globally recognized innovator. Snoop defines entertainment history. An award-winning entertainer and entrepreneur, Snoop Dogg has released 20 studio albums, sold over 40-million albums worldwide, reached No. 1 countless times on Billboard charts internationally and received 20 GRAMMY® nominations. In addition to his extensive work in music, Snoop Dogg has made his mark in the television and film space. He currently has numerous partnership deals with major studios and networks, including TBS, Netflix, VH1 and more. His accolades include, an Emmy Award nomination for his role as Executive Producer and Co-host of VH1’s hit show, Martha & Snoop’s Potluck Dinner, Executive Producer of MTV’s Mary + Jane, Executive Producer, Host of TNT’s game show, Joker’s Wild and Executive Producer of acclaimed Netflix’s show, Coach Snoop.

About BRPMBRPM is a special purpose acquisition company formed for the purpose of effecting a merger, capital stock exchange, asset acquisition, stock purchase, reorganization or similar business combination with one or more businesses. BRPM began trading on the NASDAQ on February 19, 2021 following its initial public offering. Its shares of Class A common stock, units and warrants trade under the ticker symbols BRPM, BRPMU and BRPMW, respectively. BRPM is sponsored by an affiliate of B. Riley Financial, Inc. (Nasdaq: RILY).

Participants in the Solicitation BRPM and FaZe Clan and their respective directors and executive officers, under SEC rules, may be deemed to be participants in the solicitation of proxies of BRPM’s stockholders in connection with the proposed Business Combination. Stockholders of BRPM may obtain more detailed information regarding the names, affiliations and interests of BRPM’s and FaZe Clan’s directors and executive officers in BRPM’s Form S-1 filed with the SEC relating to its initial public offering, which was declared effective on February 18, 2021 (“Form S-1”) and in the Proxy Statement/Prospectus. Information concerning the interests of BRPM’s participants in the solicitation, which may, in some cases, be different than those of BRPM’s stockholders generally, are set forth in the Proxy Statement/Prospectus.

Forward-Looking StatementsThe information in this press release includes “forward-looking statements” pursuant to the “safe harbor” provisions of the United States Private Securities Litigation Reform Act of 1995. All statements, other than statements of present or historical fact included in this press release, regarding the proposed Business Combination, the ability of the parties to consummate the proposed Business Combination, the benefits and timing of the proposed Business Combination, as well as the combined company’s strategy, future operations and financial performance, estimated financial position, estimated revenues and losses, projections of market opportunity and market share, projected costs, prospects, plans and objectives of management are forward-looking statements. These forward-looking statements generally are identified by the words “budget,” “could,” “forecast,” “future,” “might,” “outlook,” “plan,” “possible,” “potential,” “predict,” “project,” “seem,” “seek,” “strive,” “would,” “should,” “may,” “believe,” “intend,” “expects,” “will,” “projected,” “continue,” “increase,” and/or similar expressions that concern BRPM’s or FaZe Clan’s strategy, plans or intentions, but the absence of these words does not mean that a statement is not forward-looking. Such statements are made pursuant to the Safe Harbor provisions of the Private Securities Litigation Reform Act of 1995 and are based on the management of BRPM’s and FaZe Clan’s belief or interpretation of information currently available.