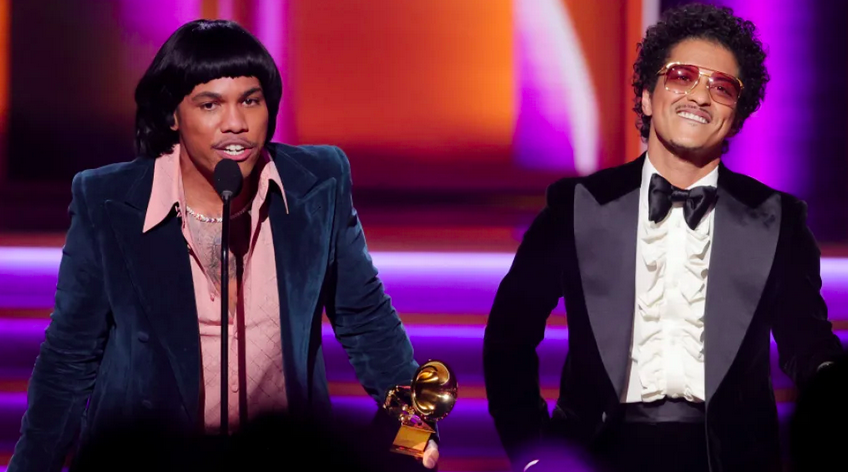 An Evening With Silk Sonic has been certified platinum by the RIAA. After walking away with four Grammys— for Best R&B Song, Best R&B Performance, Song of the Year, and Record of the Year—the duo comprised of Bruno Mars and Anderson .Paak is celebrating a new feat.

They announced the news via a compilation video of their stacked accomplishments since their debut in March 2021. The caption read, “We’re platinum because of you!! Thank you.” Individually, Mars tweeted, “Platinum mom! Love you Andy” while .Paak added, “WE DID IT BROTHER, LOVE YOU @BRUNOMARS!! WHAT A RIDE[.] THANK YOU TO EVERYONE THAT HELPED BRING THIS PROJECT TO LIFE! INFINITE LOVE TO ALL THE FANS, THANK YOU!!!”

Silk Sonic wrapped their Las Vegas residency earlier this month. The no-phones-allowed set was “a well-sequenced, true mastery in visual storytelling,” as VIBE described in our official review.

As fans await news of a tour or second residency extension, the vinyl for An Evening With Silk Sonic arrives on August 26. Interested customers can pre-order through their official website or get exclusive, alternate versions at Walmart and Target. Their cover of Con Funk Shun’s “Love Train” will be featured on the vinyl.