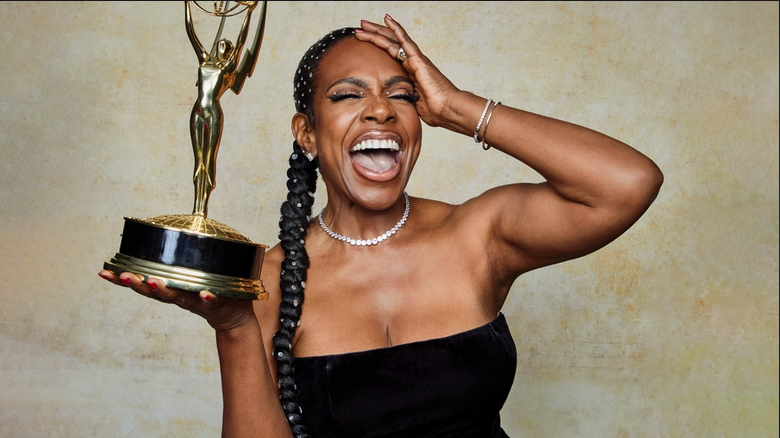 Sheryl Lee Ralph on Monday won her first Emmy Award for Outstanding Supporting Actress in a Comedy Series, and she left an immense impression with her powerful acceptance speech.

The stunned star, who won for her portrayal of Barbara Howard in Abbott Elementary, had to be helped to the stage by her table mates. However, as soon as she stepped to the microphone, Ralph took command and made the most of the allotted 30-second speech time.

Ralph, 65, began by belting out lines from the Diane Reeves song “Endangered Species.”

Ralph won a Tony Award for her portrayal of Deena Jones in the Broadway musical “Dreamgirls” in 1981 and Beyoncé starred in the movie version of the show in 2006, playing the same role.

Sheryl Lee Ralph got a special delivery celebrating her Emmy win from none other than Beyoncé!

Ralph, 65, who made history as the second Black woman to win an Emmy for outstanding supporting actress in a comedy series for her role on ABC’s “Abbott Elementary,” posted a video on Instagram of the moment she received flowers from Queen Bey herself.