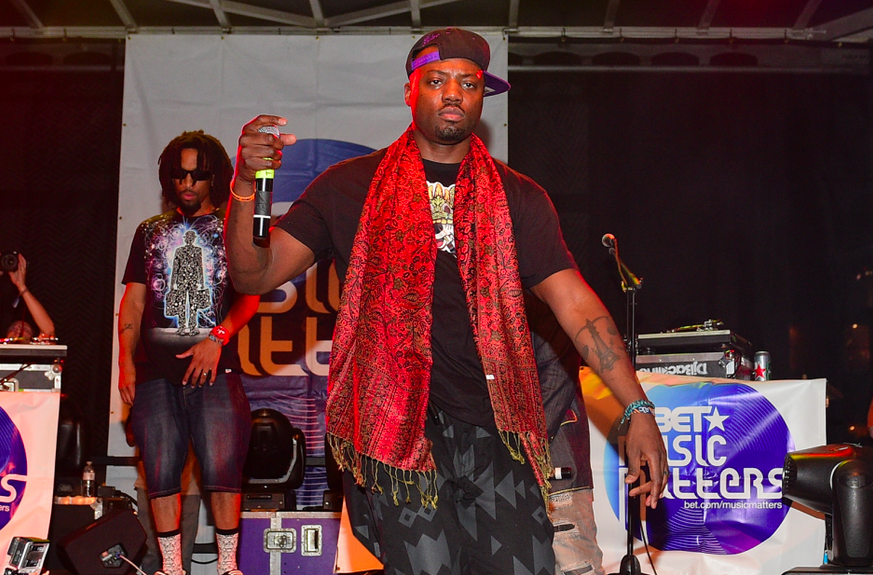 According to 11 Alive, Scales was in the parking lot of Atlantucky Brewery—which is owned by the rapper and his groupmates—with a customer that night when two armed men approached and attacked Scales.

Law enforcement in Atlanta and Hapeville are searching for two suspects accused of robbing a customer of the Atlantucky Brewery in a nearby parking deck and then forcing Fish Scales (real name: Melvin Adams Jr.) into his white Mercedes-Benz SUV at about 11 p.m. Wednesday, authorities said. The following day, Nappy Roots released a statement, addressed the incident, and provided an update on Scales’ condition. “We are blessed to say that he is stable and in good spirits after suffering a leg injury,” reads the tweet, which included a photo of the wounded rapper lying in a hospital bed.

The robbers then drove Adams to his home in the neighboring suburb of Hapeville, Ga., where he was able to escape, but not before being shot in the leg during a struggle, authorities said.

The group also voiced their appreciation for Scales survival and noted that an investigation into the robbery and kidnapping is underway. “We are so thankful our brother is safe and on the road to recovery

“Scales is safe and recovering,” his Nappy Roots bandmate Skinny DeVille said in a statement.