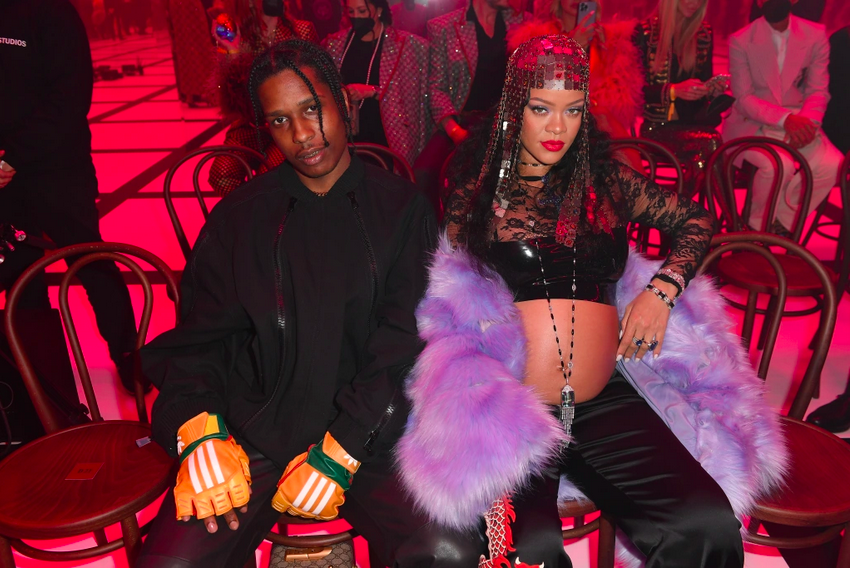 After first being linked all the way back in 2013, Rihanna and ASAP Rocky are now fashion’s coolest couple. The singer and rapper have worked together multiple times over the years, sparking their fair share of relationship rumours along the way.

Here’s a look back at their relationship history, starting with the most recent update:

8th November 2022 – Rihanna opens up about being a mum and how her baby with ASAP is getting on. Six months after giving birth to their son, Riri opened up to The Washington Post about why they haven’t shared his name or a photo. “We just didn’t get around to it yet, really,” she said. “We’ve just been living. But I guess there’s a certain freedom that comes with kind of just like getting it out there.”

“Oh my god, the mornings, like, seeing his morning face! Seeing a baby with, like, little bags and waking up and they’re just, like, startled. They’re trying to figure out where they’re at. It’s the cutest, it’s my favorite part of the day,” the 34-year-old shared. She and A$AP Rocky welcomed their first child together in May 2022.

In the interview, Rih continued to share how she “freestyles” songs to her son, whom she describes by saying “he’s amazing, he’s a happy baby.”

Years before Ri and ASAP officially got together, the pair actually worked together multiple times all the way back in 2013. Yep, believe it or not, Rihanna starred in ASAP Rocky’s music video for his single ‘Fashion Killa’, with the pair getting *pretty* cosy on screen.

2013 also saw ASAP supporting Rihanna during the US leg of her Diamonds World Tour. So, yeah, these two go way back.

Relationship rumours sparked during the same year, after the pair were seen being affectionate together in New York. However, ASAP was quick to shut down the rumours at the time, telling Distractify, “I don’t even look at her like that. She’s sexy, but I’m good.”