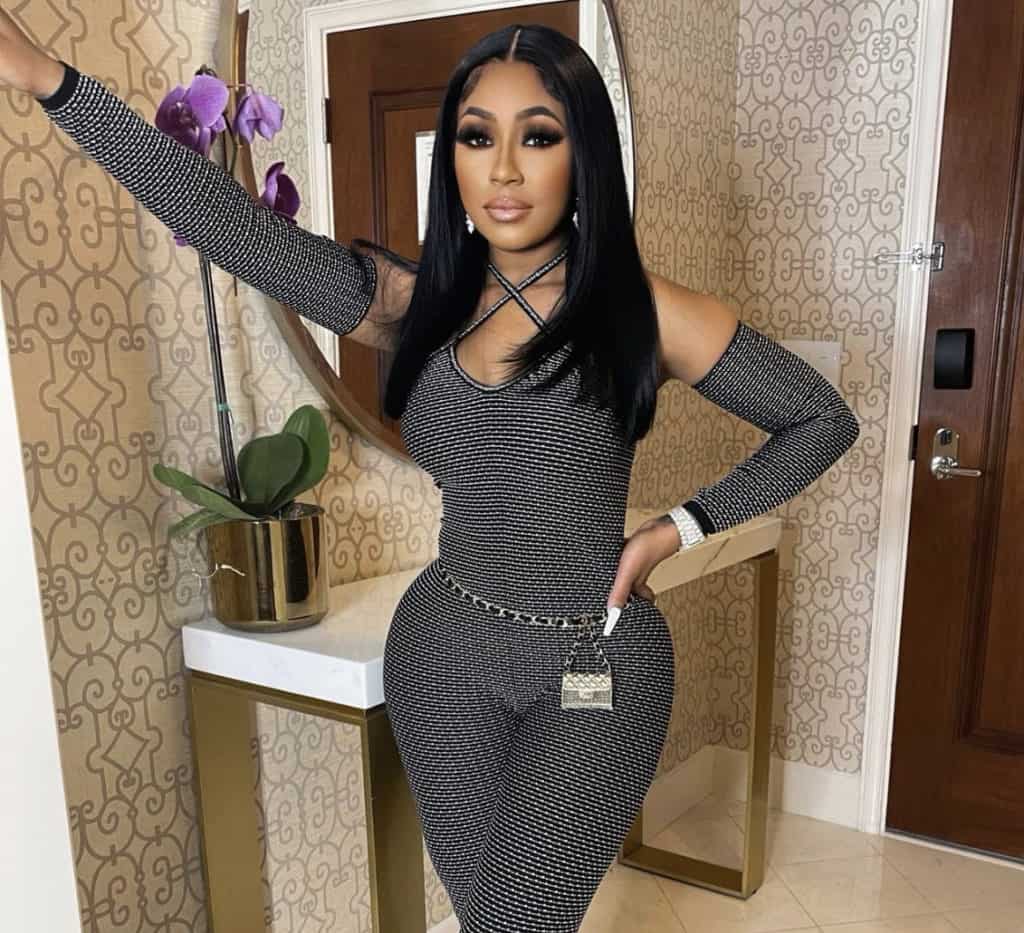 An exciting new series is coming soon to REVOLT and it will be hosted by none other than Caresha Brownlee — better known as Yung Miami of the hit-making rap duo City Girls.

A brand new sneak peek of “Caresha Please” is dropping on Thursday (June 9) at 5:00 p.m. ET/2:00 p.m. PT and Sean “Diddy” Combs will be featured as its first guest. In the episode, Yung Miami and the REVOLT chairman will discuss their careers, friendship, dating, Combs’ new label Love Records, and more.

“Be ready to be entertained, you never know who may pop up, all things go on Caresha please. Nothing is off limits,” a press release for the series reads.

The series promises to have real, raw and uncut conversations with the biggest names in the game — and with the show being executive produced by the “Act Up” rapper and Diddy, along with Quality Films, we are more than sure that it will deliver. Since day one, Yung Miami’s personality won fans over and now they will get to see her chat it up with her industry friends.

Viewers can expect a modern twist on impactful topics and content that will add to REVOLT’s already popular lineup of programming that includes “Drink Champs” featuring N.O.R.E. and DJ EFN, “Big Facts” with DJ Scream, and more.

Chairman Combs discussed the network’s objective, saying, “REVOLT is about giving a platform to the most authentic and disruptive voices in hip hop that move the culture.” He continued by praising the “Where the Bag At” rapper by adding, “Yung Miami is not only a superstar artist, she’s also unapologetically herself and brings a perspective women around the world can relate to, which is why I’m excited to bring her podcast to life.”

In addition to watching the sneak peek of the series’ upcoming season on the REVOLT site or on the network’s YouTube, fans can also check it out on REVOLT’s app tomorrow at 5pm ET/2pm PT.

And be on the lookout for the full season coming soon! Watch the series’ official trailer above!

Advertisement. Scroll to continue reading.
In this article:young miami