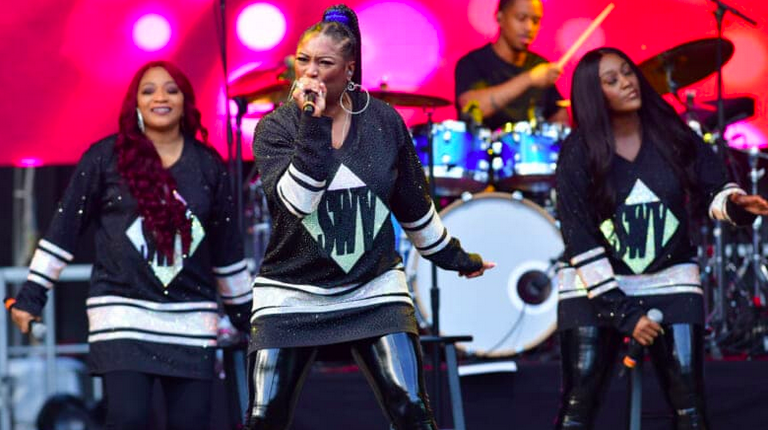 On August 12, 1997, Cheryl “Coko” Gamble, Tamara “Taj” George and Leanne “Lelee” Lyons – collectively known as SWV – unveiled Release Some Tension. Nowadays, the word “classic” is used much too loosely, and should only be designated for art either bordering, or landing, on the line of perfection.

While the number of features is a lot, it oddly doesn’t feel forced, and it’s a who’s who of hot artists at the time who are not overpowering the record but complimenting just enough to make the song work. For instance, Foxy Brown fits perfectly into the groove on the title record. Even Lil’ Cease of Junior M.A.F.I.A. fame works on the “Love Like This” record, which samples Lil Kim’s “Crush On You” (or uses the same sample anyway). And Lil’ Kim also shows up on “Give It Up.” The two best songs on the album, though, don’t feature any outside voices and make space for Coko, Taj and LeLee to do what they do best…harmonize and employ those unique vocal stylings with fabulous results. “Rain” was their last top 10 R&B hit and could be heard blaring out of cars and dorm rooms all throughout 1997.

The recording process during Release Some Tension wasn’t under the best of circumstances. Several sources claimed that this album was rushed, and that their previous project still had a few more months in circulation. Amidst the tumult, SWV was still able to deliver. What made this effort unique, was that they slightly broke away from their traditional sound, and incorporated a huge dose of hip-hop for their listeners this time around. From the second the intro begins, down to the final moments of track 12, you can hear the marriage between two genres that would ultimately come to define the mid-to-late 90s.

Some records change the game. Some records change the sound of music. Other records, though, are just good, and while they might not be innovative, they are well produced, sung and executed and that’s where SWV was with Release Some Tension. This album was full of songs that were just plain ole good and listenable. They have high replay value and could be played anywhere from the club to the car with ease.