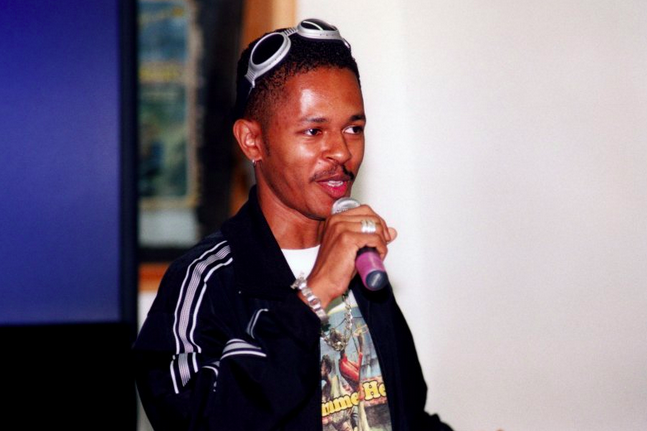 Jesse Powell, the R&B singer best known for his hit record, “You,” has died at the age of 51 in his home in Los Angeles. His younger sister, Tamara, confirmed the news on Instagram early Wednesday morning (Sept. 14). The cause of death was not revealed.

“It is with a heavy heart that we announce the passing of our beloved son, brother, and uncle Jesse Powell,” reads the family’s statement. “He passed away in his Los Angeles home. The family asks for privacy at this time as we mourn this tremendous loss and celebrate his everlasting legacy. Jesse loved music and he especially loved his fans who supported him throughout his career. We want you all to know you meant the world to him. -The Powell Family”

“He passed away peacefully in his Los Angeles home. The family asks for privacy at this time as we mourn this tremendous loss and celebrate his everlasting legacy. Jesse loved music and he especially loved his fans who supported him throughout his career. We want you all to know that you meant the world to him”

The Grammy-nominated crooner was discovered by music executive and producer Louil Silas, Jr., who also brought acts like Chanté Moore, Keke Wyatt, and Tricky Stewart to prominence. Powell’s debut single, “All I Need” peaked No. 32 on the Billboard R&B chart while his 1996 self-titled debut album peaked No. 35. “I Wasn’t With It,” the lead single from his sophomore album was his first to chart on the Billboard Hot 100 while the album itself peaked No. 1 on the Billboard Heatseekers chart—created for those who had yet to break into the Top 100 on the Billboard 200.

Though his hit classic, “You,” originally appeared on his debut album, it was rereleased on his second album, ‘Bout It, as its second single. The record became Powell’s most successful song and peaked at No. 2 on the Billboard R&B chart and No. 10 on the Billboard Hot 100, making it his first top 10 hit.

Born in Gary, Ind., Jesse joins a short list of popular artists from the city, including rapper Freddie Gibbs and most notably, Michael Jackson and his family.

Throughout his career, Jesse released four studio albums: Jesse Powell in 1996, ‘Bout It in 1998, JP in 2001 and Jesse in 2003. His most successful album to date is his sophomore effort, ‘Bout It, which is certified gold, according to the RIAA.

The Grammy-nominated singer-songwriter went on to release four studio albums throughout his career, with his last being Jesse, released in October 2003. Following his retirement, he quietly continued to collaborate with other music artists and worked in television production.