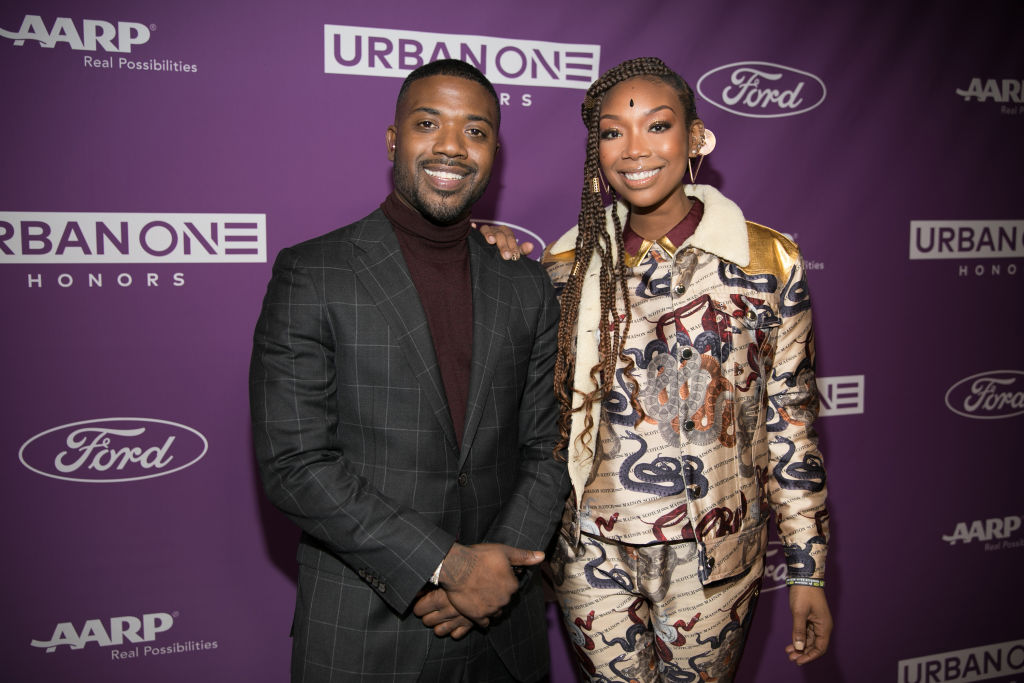 Ray J‘s new leg tattoo of Brandy‘s face has a lot haters — including Brandy. In a spontaneous interview with TMZ Thursday (July 14) at LAX airport, the “Sexy Can I” singer revealed that even his famous sister isn’t a fan of his permanent tribute to their relationship.

The Alexey Mashkov-designed tattoo first made its big reveal earlier this month, when Ray J posted a video showing his thigh newly covered with a portrait of Brandy — plus a few additions. Her face, for one, is covered in scribbles (the biggest one reads “BEST FRIENDS” on her forehead) and further, her eyes were made to look blood red.

Though some were touched by the 41-year-old R&B star’s gesture to his big sis, many were turned off by the tattoo’s eccentricities. And while Brandy commented “Brooooooo” with four black hearts on Ray J’s post, it turns out she had a few unpublicized thoughts on the artwork.

“She was a little uneasy about it,” Ray J admitted. “She didn’t like the tattoo either.”

And even though Brandy might be one of the people who doesn’t love his new ink, Ray J said he still isn’t paying any mind to haters of his new body art. “Look, it’s my leg,” he said. “It’s my sister. It was just a symbol of me saying thank you for putting me in. If it wasn’t for her, I wouldn’t be here.”

When asked about the portrait’s more bizarre features, Ray simply said, “That’s [the artist’s] style. I can’t tell an artist not to put his signature on it.”