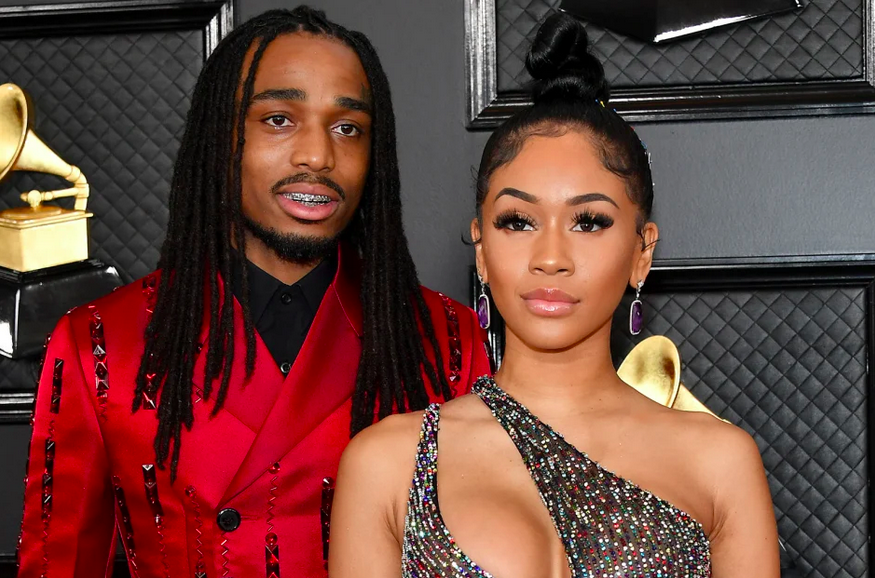 It’s been more than a year and a half since a video of Quavo and Saweetie getting into a physical altercation in an elevator was leaked to the public, but according to a new GQ interview with the Migos rapper, the incident still weighs heavily on the 31-year-old’s mind.

The video in question began circulating shortly after the hip-hop power couple announced their breakup in March of 2021, something both Quavo and Saweetie gave statements on at the time. “While we have reconciled since then and moved past this particular disagreement, there were simply too many other hurdles to overcome in our relationship and we have both since moved on,” the 29-year-old “Best Friend” artist said, with Quavo telling E!: “We had an unfortunate situation almost a year ago that we both learned and moved on from. I haven’t physically abused Saweetie and have real gratitude for what we did share overall.”

When GQ asked him about the video nearly 18 months later, Quavo apparently stared down at the floor before answering. “If I can ever speak on it, I never once in a million years want to do any harm to any woman, period,” he told the publication. “I don’t like what people think. When they saw the elevator thing, they thought it was abusive, something crazy.”