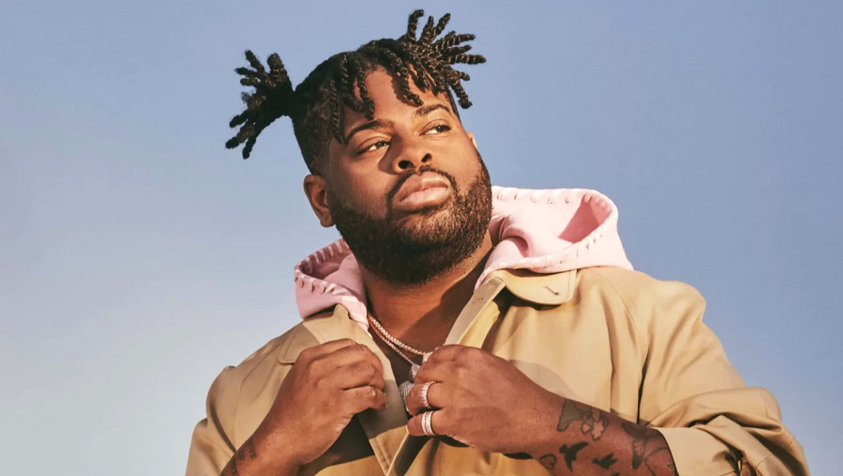 Philadelphia has bred some of R&B’s most prestigious acts. Musiq Soulchild, Jazmine Sullivan, Patti LaBelle, Teddy Pendergrass, Boyz II Men, Jill Scott, and more all hail from the City of Brotherly Love. While these talents and others have birthed their own subgenres and brought countless wins back home, it’s 30-year-old crooner Pink Sweat$ who is picking up the torch.

Pink Sweat$ released his first EP, Volume 1, in November 2018 and has gained prominence ever since with the help of singles, “Honesty,” “17,” and “At My Worst,” which have amassed nearly one billion streams alone. Most recently, he co-wrote and produced three records, “LOVE,” HOME,” and “MEMORIES,” on John Legend’s newest album, Legend. Though the singer channels a certain level of vulnerability and sings of love with the mystique of ‘70s and ‘80s classics, you wouldn’t guess that he wasn’t able to listen to secular music growing up in a strict, religious household.

“I’ve never told this story before, but if I had on headphones and my dad could hear that it was something that he didn’t like, he’d be like, ‘Yo, your music is too loud. I shouldn’t be able to hear that secular music you’re listening to,’” he explained backstage at the YouTube Theater in Inglewood, Calif., ahead of his opening set during Alicia Keys’ tour.

Despite him being a somewhat rebellious child who wasn’t keen on following the rules, he still had solid morals and a good heart. He carried that foundation with him, so he remains conscious and intentional when it comes to his music, leading to no regrets about not being the artist his parents thought he’d be.