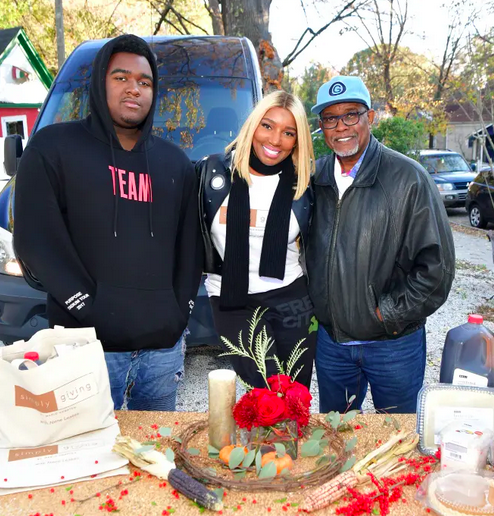 NeNe Leakes is updating her fans after her son Brentt Leakes was hospitalized last month with congestive heart failure and a stroke.

In an Instagram story, The Real Housewives of Atlanta alum shared that the medical emergency happened “two weeks ago,” according to PEOPLE.

“He’s only 23, so he’s really young for something like that to happen to him.”

She continued, “This is not the way I wanted it to come out. We wanted to be able to talk about it ourselves when Brentt was in a better place. So, here I am because I would rather the correct thing be out there than something that’s not correct.”

She added in regards to the possible reason for his condition, “Brentt doesn’t drink or do drugs, and obviously they’ve tested him for all of those things. They also tested him for HIV. They were thinking that maybe he had caught COVID, and he didn’t know that he had COVID. The doctors are saying that they did see some things like that happen if they caught the Delta variant. And he never knew he had COVID, and I’ve never known him to have COVID.”

Leakes explained that a series of have been run on Brentt to see what could have caused the congestive heart failure and stroke.

“We are still trying to figure [it] out. Because if we knew the cause, obviously they could treat the cause. It was very scary.”

She also shared that doctors have considered the medical episode to possibly be genetic, as she recalled being treated for blood clots in her lungs in 2013.

Leakes also shared that Brentt had been going through a lot given the one-year anniversary of his father Gregg Leakes, who died back in 2021 at age 66 after a battle with colon cancer.

The 54-year-old mother shared that doctors ran a number of tests on him to see what could have possibly made this happen and considered the possibility of an unnoticed medical condition he may have been born with. As of now, she and the doctors are trying to get to the bottom of his condition and its cause. According to NeNe, his weight and other factors have been ruled out.

Leakes went on to thank everyone for their prayers and revealed that Brentt is currently struggling with his speech following the stroke in an unnamed hospital. She also shared that Brentt’s Atlanta lounge, which she co-owns, is still open but will likely be up for sale soon.