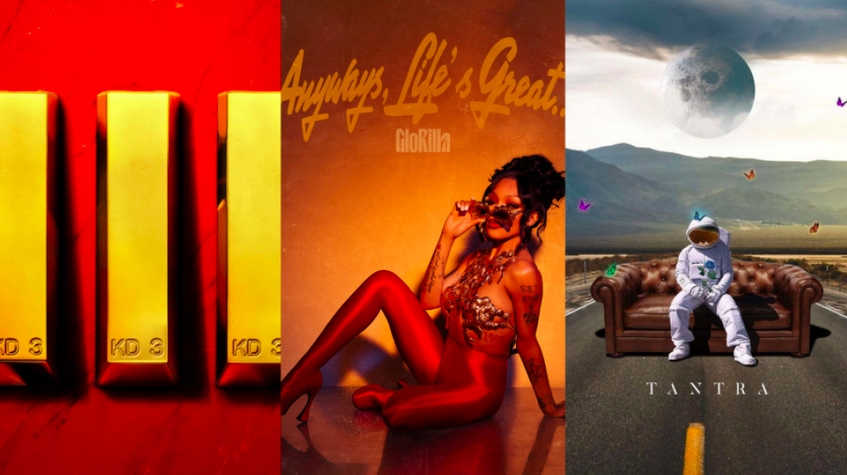 Today is Friday, which means there are a ton of new releases to look forward to from some of your favorite Hip-Hop artists. To help you unwind and enjoy the weekend, check out VIBE’s picks of songs and albums you should hear and add to your soundtrack of weekend festivities.

In today’s musical landscape, there’s a big difference between releasing new material and creating a moment based solely on the merit of one’s art. Nas falls in the latter category, as the prodigious kid with the chipped tooth turned venture capital tycoon has successfully managed to balance an increased output with a premium on quality.

The Queensbridge griot’s latest offering, King’s Disease III, arrives as its author continues to flood the market, turning in his third album release in the span of 16 months. “Ni**as know I don’t drop this often, so cherish it,” he acknowledges on “Ghetto Reporter,” an opening salvo powered by persistent piano keys courtesy of producer Hit-Boy, who continues he and Esco’s collaborative chemistry with his backing score.

The 49-year-old’s maturation has been a key talking point in pundits’ observations of his musings dating as far back as his 2012 effort Life Is Good, which manifests itself in his affinity for nostalgic recollections of yesteryear. This is demonstrated on standouts like the anthemic “Thun,” which could easily double as a war cry for Nas’s hometown borough, and the terse “Michael & Quincy,” which includes nods to iconic entertainers of his youth. Decades removed from his epic showdown with Jay-Z, the Illmatic creator can now admit to being a fan of his rival-turned-comrade’s scathing 2001 diss “Takeover,” jokingly warning that he may have to even the score once and for all.

Add in additional highlights like “Hood2Hood,” “Reminisce,” “I’m On Fire” and “Get Light” and King’s Disease III is an effort that raises the bar yet again and has questioning how someone can be this brilliant for so long. – Preezy Brown.

“I showed ni**as what to do with a Drake feature,” Yung Bleu says on “Soul Child” featuring Lil Wayne. While this album is classified as R&B/Soul on certain DSPs, and leans more toward that denomination than 2021’s Moon Boy, it’s the moments where the Mobile, Alabama artist reminds us he can rap well that stand out.