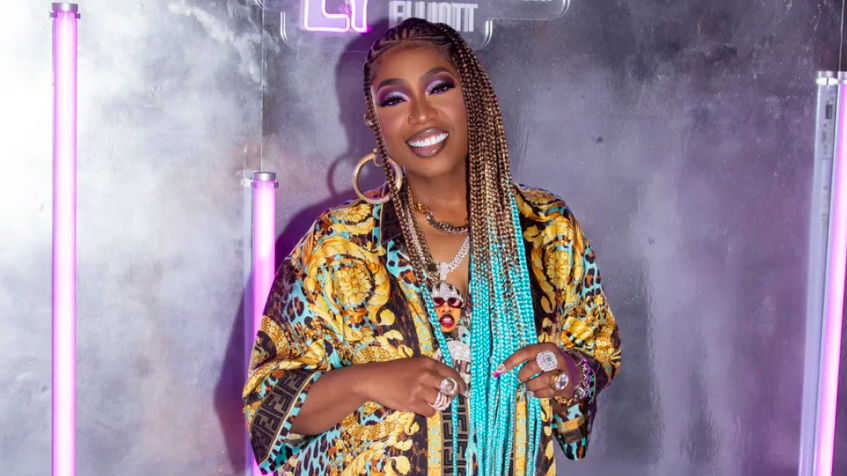 Missy Elliott has a lot to celebrate these days. Not only did the newly minted Hollywood Walk of Fame recipient observe her 51st birthday, but she also commemorated the 25th anniversary of her debut album, Supa Dupa Fly.

In a specially curated event from her longtime manager and friend, Mona Scott-Young’s Monami Entertainment (and in partnership with PATRÓN), Elliott memorialized two other major feats. She received a custom plaque presented by Atlantic Records, honoring her debut release, and was presented with a plaque from RIAA for being the only solo female Hip-Hop artist ever to have six, certified platinum studio albums.

“It was amazing. I saw some of my peers that I hadn’t seen in a long time. So, it was really fun reconnecting with them – and the dancers, you know I love a good dance segment. It was chill, everyone was vibing; it just felt really good to be there,” Elliott shared with ESSENCE.

Scott-Young added, “This celebration not only commemorated the mind-blowing multi-milestones in Missy’s iconic career, it also presented a pinnacle moment for me personally as it marked 26 years of sisterhood and friendship. I am incredibly blessed every day to have the opportunity to collaborate with the creative genius that is Missy Elliott as she is so much more than a client; she is one of my closest friends. It was an absolute pleasure to partner with PATRÓN to give Missy her much deserved flowers and celebrate her monumental achievements!”

Allie Bostwick, Global Director of Communications, Culture & Brand Partnerships at PATRÓN Tequila, shared, “At PATRÓN, we are proud to work with bold innovators who are at the top of their game – and there is no better embodiment than Missy Elliott. We are so thrilled to partner with Missy Elliott and Monami Entertainment to take part in such a legendary night where we celebrated 25 years of greatness. We raised a glass of PATRÓN to toast to Missy’s extraordinary successes and a Platinum-themed birthday celebration that we will never forget.”