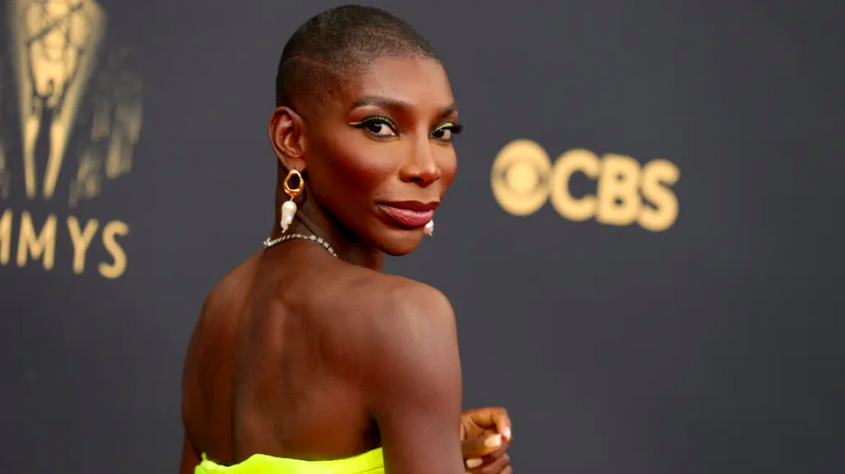 Michaela Coel is on a mission in her first Marvel Cinematic Universe role.

The Emmy-winning British actress, known for her hit series I May Destroy You, will make her MCU debut in Black Panther: Wakanda Forever, which hits theaters next month. And in the cover story for Vogue‘s November 2022 issue, Coel revealed that she signed up to join director Ryan Coogler’s next installment in the franchise after learning that she’s be playing a queer role.

Michaela Coel shared her thoughts on the Black Panther film franchise as the cover star for Vogue‘s Nov. 2022 issue. The 35-year-old talent detailed her experience watching the first film.

“I think for a lot of people it was the first time we’d seen some sort of representation on a very mainstream platform about the magic of Africa, the magic of the people, our ancestors,” she shared with the fashion magazine. “Coming here, you do feel something magical.”

Last summer, it was announced that Coel had joined the cast for the pending sequel Black Panther: Wakanda Forever. Before production began in 2020, Chadwick Boseman, who played the titular character, died of colon cancer.

Coel, 35, plays Aneka in Black Panther: Wakanda Forever — a Dora Milaje captain and combat instructor who, in the comic books, falls in love with Ayo, one of her fellow all-female warriors.

Florence Kasumba portrays Ayo in the film. Though how their character’s story will play out on the big screen is being kept hush hush, in the comics, Dora Milaje members are forbidden for dating and their affair creates discord amongst the team.