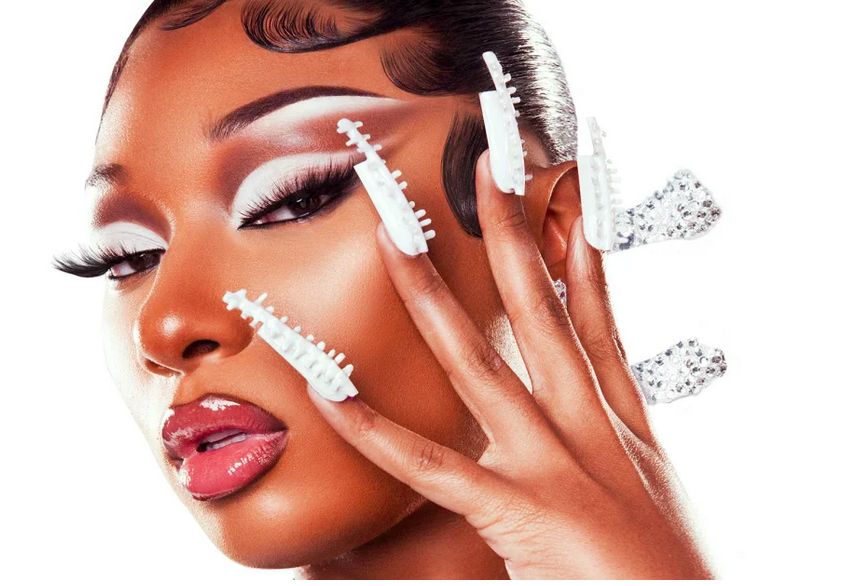 Hot Girl Summer is heating up, with Megan Thee Stallion announcing on Wednesday (July 20) that she will be dropping her new single, “Pressurelicious” on Friday (July 22).

The news of the track, which features Future, was revealed alongside the cover art portraying the “Savage” rapper in a white, full-body mask with her tongue out.

Last month, the 27-year-old sat down with Rolling Stone, where she talked about her forthcoming sophomore album. Megan revealed she’s hard at work on the follow-up to her 2020 debut album Good News, which, according to the piece, Megan “hopes to have out this summer.”

“I want to take you through so many different emotions,” the rapper explained of her as-yet-untitled release. “At first you was twerking, now you might be crying.” Last month, Megan said she was “probably like 95 percent done” with the album.

Fans have already gotten a teaser of “Pressurelicious” in RS. On the track — which is described as having a dark and intense beat and “cool and sexy” staccato raps — Megan spits “I’m stompin’ on ho’s so motherf—in’ hard I’m knockin’ out Mario tokens!”

Meg also pulled back the curtain on her quirky writing process, which includes using her phone in the shower to record material at a moment’s notice. “It’s a whole movie trying to write in the shower, but I keep my speaker loud and I just freestyle, and then I write it down when I get out,” Megan explained. The reason for her intense dedication to her craft is aimed at securing one thing: leaving behind a lasting legacy: “I just always want people to remember, ‘Yes, Megan Thee Stallion, she was great, she was a rapper. She was one of the best rappers, the coldest,’” she said.