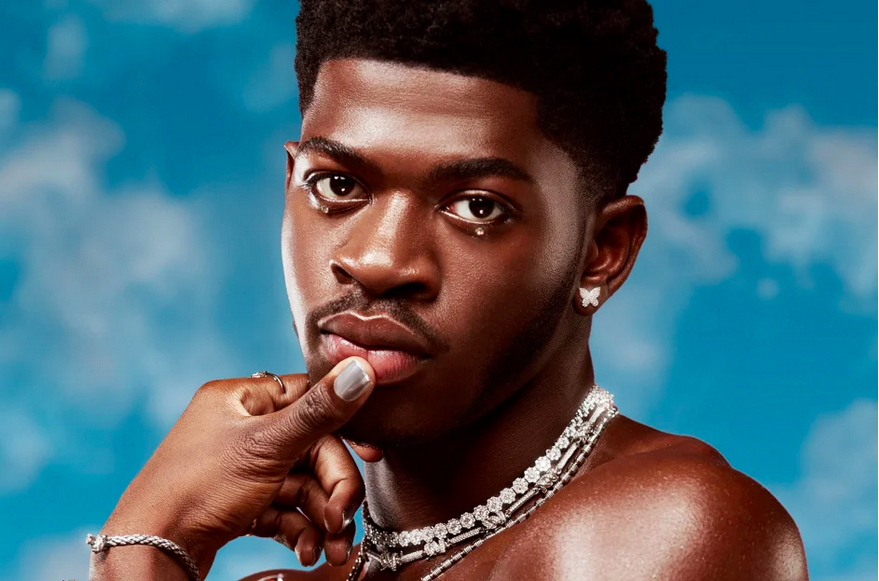 Lil Nas X is itching for some fun. The rapper shared a series of photos on Thursday (July 21) in which he channels one of Marilyn Monroe‘s most well-known looks.

“Marilyn Monteroe,” the “That’s What I Want” artist (born Montero Lamar Hill) captioned a series of three photos on Twitter in which he recreates the late actress’ iconic photos in which her white cocktail dress billows up as she’s standing over a subway grate.

Rather than a sleeveless V-neck gown, Lil Nas X is in a white button up shirt with an exaggerated pleated lapel, unbuttoned to create the deep-cut V of the dress. And instead of than having a shorter skirt to recreate the actress’ frock, LNX is in a pleated floor-length skirt. His outfit is accessorized with a massive elaborate choker and white platform boots with clear heels. And to emulate the late star’s classic blonde ‘do, the rapper topped off his look with a brown wig featuring waves similar to the actress’.

Naturally, the set of photos also finds the two-time Grammy-winning artist standing over a grate of sorts. Rather than a subway grate on the streets of New York, Lil Nas X is standing over a manhole cover with elongated ovals as his skirt billows up.