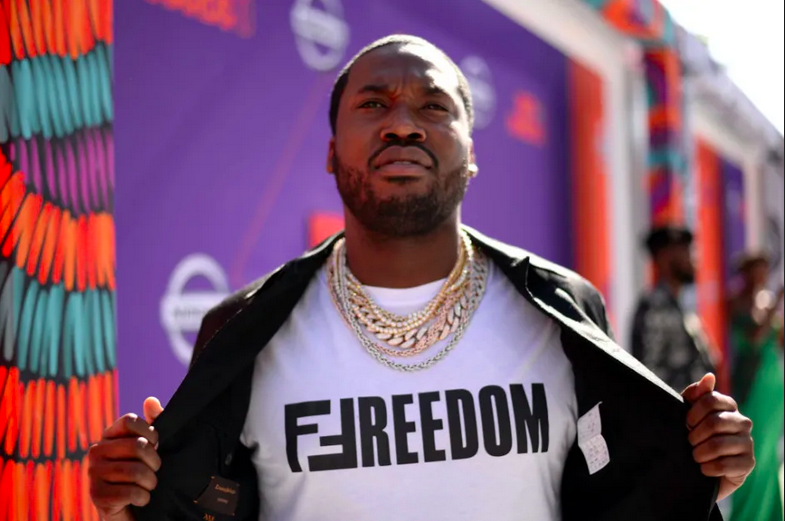 Meek Mill has partnered with the WWE for a limited edition “Dreams and Nightmares” T-shirt, based off his iconic song.

The collaboration was unveiled on Saturday (October 8) prior to the wrestling franchise’s latest premium live event, Extreme Rules, which went down at the Wells Fargo Center in Meek’s hometown of Philadelphia.

Meek shared a sentimental message when promoting the shirt, reflecting on the times he watched WWE before he got involved in street activity. “I used to love stone cold lol now I’m doing collabs with wwe that’s dream catcher!!!”“I used to watch smack down every thurs at 10pmest before they flooded our hood with guns and stuff,” Meek wrote on Twitter. “I had to sign out of watching wrestling lol…

Meek wasn’t always on good terms with the WWE. Back in 2015 during the height of his feud against Drake, the Philadelphia rapper used the Undertaker’s theme song on his diss track “Wanna Know,” which caused some friction with the franchise.

The shirt design features a custom WWE championship belt with the 35-year-old’s Dreamchasers label insignia on the front. Green, zombie-like hands are reaching through the ring to grab the title belt in front of a WWE turnbuckle, and the words “Dreams vs. Nightmares” are written above in the vintage “Street Fighter” font. The back of the shirt features the Expensive Pain artist’s popular phrase, “For Motivational Purposes Only.”