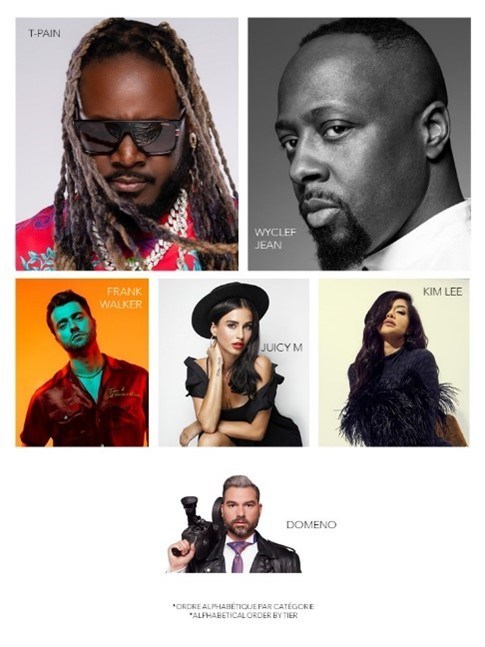 Notorious for its electrifying nightlife and world-renowned festivals, Montreal is set to welcome the first-ever MAXIM event during the Grand Prix Weekend. T-Pain and Wyclef Jean are just some of the artists performing at the star-studded affair to be held on Saturday, June 18, at the prestigious Windsor Station located at 1160 Avenue des Canadiens-de-Montréal. Visit maximgrandprixparty.com for tickets and more information.

WHAT IS A MAXIM EVENT?

MAXIM is renowned for bringing together influential people for its glamorous events during key moments in sport, music, and entertainment. MAXIM events have been held in cities such as Los Angeles, Las Vegas, and Miami, to name a few. Whether it’s during their annual Hot 100, Halloween or Big Game Parties, MAXIM patrons have partied with some of the world’s biggest stars like 50 Cent, The Chainsmokers, Heidi Klum, Ludacris, and Cardi B.

The MAXIM GRAND PRIX PARTY will be the first of its kind in Montreal. Attend the biggest party of Grand Prix Weekend and be the first attendees of this Red Carpet VIP experience: tickets will officially be on sale starting Wednesday, May 4th at noon Eastern time. This exclusive affair is limited to only 3,000 guests!

Windsor Station will be transformed by race themed party areas such as the Pitlane, the Paddock and the Parc Fermé, including live performances, circus acts, VIP booths, with celebrities, models, and athletes in attendance. Our very own famous model and influencer, Kim Bruneau, will host the A-list soirée with the following confirmed international artists: Frank Walker, Kim Lee, Juicy M and Montreal’s own star DJ Domeno joining T-Pain and Wyclef Jean, with many more celebrities to be announced soon. The organizers created a festival-like lineup for this exceptional event.

Be a part of the first ever MAXIM GRAND PRIX PARTY and get your tickets now!

What: MAXIM GRAND PRIX PARTY When: Saturday, June 18, 2022 Time: From 8 p.m. to 3 a.m. Where: Windsor Station located at 1160 Avenue des Canadiens-de-MontrealTickets: On sale Wednesday, May 4th at noon – maximgrandprixparty.com