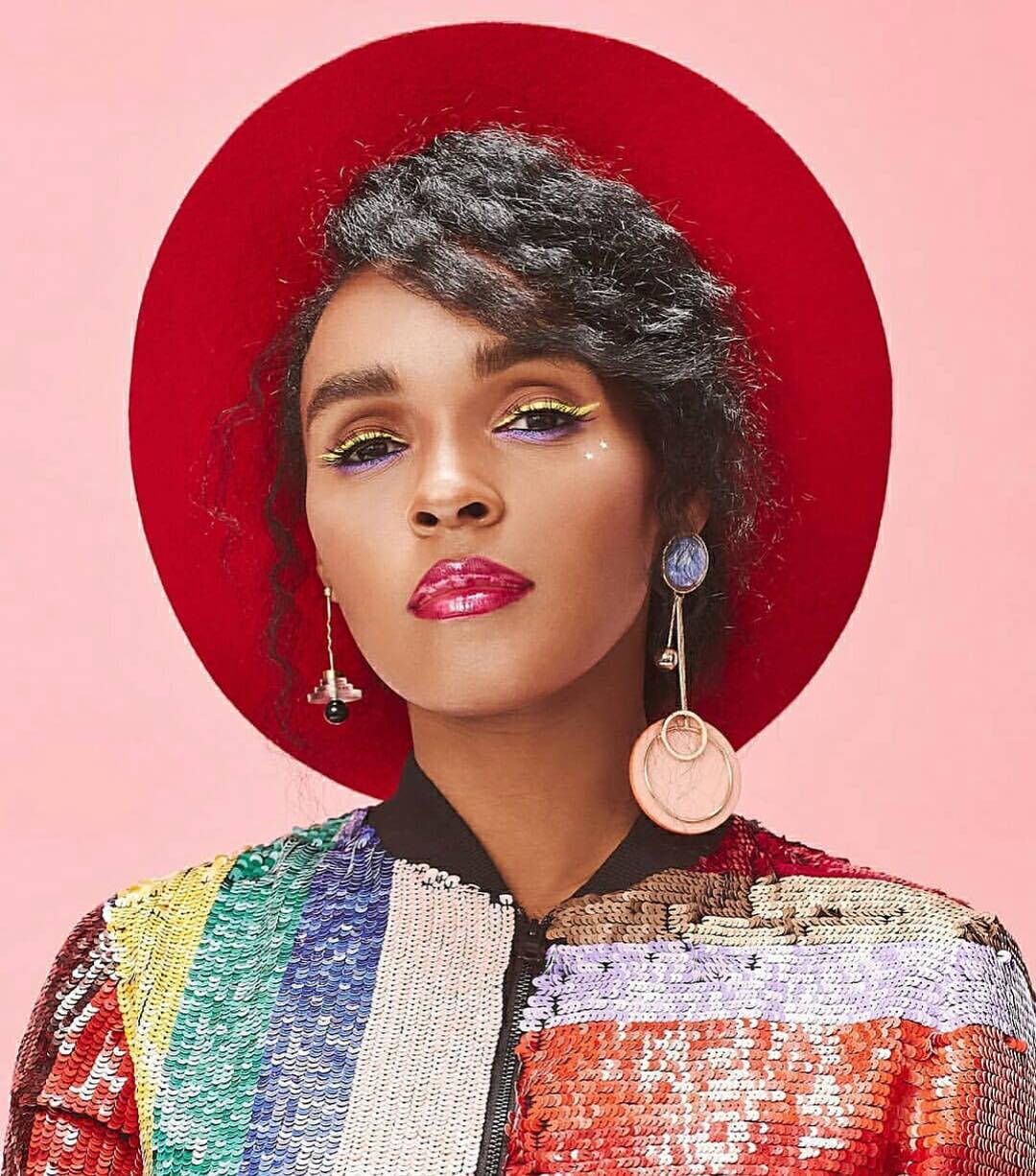 Martell, the oldest of the great Cognac houses, is proud to debut the next chapter of its “Soar Beyond the Expected” campaign with world-renowned artist Janelle Monáe and Cognac Educator ms. franky marshall. This latest visual installment of Martell’s campaign, titled “The Unexpected Effect,” is directed by award-winning filmmaker Ewurakua Dawson-Amoah. The film sets out to showcase the unexpected and individual paths that many have taken and shed light on what it means to feel joy: in overcoming, in free expression and in paving paths for those that follow.

“As a director and poet, my mission is to tell authentic stories of my community, and my partnership with Martell was another opportunity to pay tribute to the impact Black creatives have on society and one another,” said Ewurakua Dawson-Amoah. “My hope is that ‘The Unexpected Effect’ will inspire people to follow their passion and reimagine their future.”

As a brand committed to driving positive change, Martell celebrates those who boldly redefine convention to benefit the many instead of conforming to codes that favor the few. Drawing inspiration from this ethos and Janelle Monae’s Afrofuturistic optimism, Martell is looking to the past as a launchpad for the future to bring the campaign to life with a “Cocktail of the Future.” Developed in partnership with ms. franky marshall, who is also featured in the film, the new experience shines a necessary light on the impact of Black culture on the American hospitality zeitgeist and features Martell Blue Swift, the first spirit drink made of V.S.O.P Cognac and finished in Kentucky bourbon casks.

“Throughout history, whether it’s been on the stage or behind the bar, Black creatives have laid the groundwork for culture, and this collaboration is a testament to that legacy,” said Janelle Monáe. “Afrofuturism is a principle that is redefining culture as we know it, awakening us to the world’s everchanging possibilities. Now, we have a new cocktail we can enjoy as we celebrate our work and create our future.”

The limited-edition “Cocktail of the Future” kit pays homage to the unsung heroes of hospitality and those who pioneered many popular cocktails enjoyed today. Included is a Martell Blue Swift recipe that creatively evokes ms. franky marshall’s vision of the future – an eclectic mix of diverse cultures and perspectives coming together – alongside a copy of The Ideal Bartender by Tom Bullock, the first cocktail book published in 1917 by an African American bartender.

“Janelle Monáe leads with her retro-futuristic flare and unapologetic individuality, and I think we’re alike in that way,” said ms. franky marshall. “The drink is an eclectic fusion of my Caribbean heritage and the stylish French influence that Martell brings to the bar. We hope that people enjoy the cocktail at home just as much as I did while creating it.”

“Martell’s legacy is shaped by audacity. Our new campaign celebrates Black creative expression and showcases what it means to redefine convention,” said Devaunshi Mahadevia, U.S. Brand Director for Martell Cognac. “In partnership with those at the forefront of the industry, we are working alongside the community we serve to help reimagine the future.”

Martell further solidifies its support for BIPOC communities during Black History Month, Women’s History Month and beyond with a $200,000 donation to the Restaurant Workers’ Community Foundation, which will be used to fund projects that advance opportunities and education for BIPOC women in the restaurant industry.

“At Pernod Ricard, we’re working towards an inclusive future that provides a level-playing field for all and honors the full range of people and stories that shape our diverse culture,” said Pamela Forbus, CMO of Pernod Ricard North America. “This campaign is a testament to the journey we’re on and commitment to mirror the diversity of our society in all we do.”

To learn more about Ewurakua Dawson-Amoah, a dynamic creative who is passionate about connecting BIPOC actors, directors, and crews with opportunities, talent, and resources to tell culturally rich and diverse stories in film, visit melacast.

The Martell Blue Swift “Cocktail of the Future” kit is available in limited quantities through March 31st at https://www.cocktailcourier.com/cocktail/cocktail-of-the-future/. To learn more about Martell and “The Unexpected Effect,”, visit https://www.martell.com/en-us/spread-joy/ or follow at @martellusa on Facebook, Instagram and Twitter.

About Martell The oldest of the great cognac houses, founded by Jean Martell in 1715, Maison Martell is renowned throughout the world for the finesse and elegance of its cognacs, the result of a legacy of savoir-faire handed down through nine generations. Together with a passion for its craft and profound attachment to the terroir, Maison Martell is defined by the audacity with which it has pioneered new expressions – from the icon Martell Cordon Bleu in 1912 to the trailblazing Martell Blue Swift today.

About PRUSA Pernod Ricard is the No.2 worldwide producer of wines and spirits with consolidated sales amounting to €8,824 million in FY21. The Group, which owns 16 of the Top 100 Spirits Brands, holds one of the most prestigious and comprehensive portfolios in the industry with over 240 premium brands distributed across more than 160 markets. Pernod Ricard’s portfolio includes Absolut Vodka, Ricard pastis, Ballantine’s, Chivas Regal, Royal Salute, and The Glenlivet Scotch whiskies, Jameson Irish whiskey, Martell cognac, Havana Club rum, Beefeater gin, Malibu liqueur, Mumm and Perrier-Jouët champagnes, as well Jacob’s Creek, Brancott Estate, Campo Viejo, and Kenwood wines. Pernod Ricard’s strategy focuses on investing in long-term and sustainable growth for all its stakeholders, remaining true to its founding values: entrepreneurial spirit, mutual trust, and strong sense of ethics. The Group’s decentralised organisation empowers its 18,500 employees to be on-the-ground ambassadors of its vision of “Créateurs de Convivialité”. Pernod Ricard 2030 Sustainability and Responsibility roadmap “Good Times from a Good Place” is integrated into all its activities from grain to glass, and Pernod Ricard is recognised as a UN Global Compact LEAD participant. Pernod Ricard is listed on Euronext (Ticker: RI; ISIN Code: FR0000120693) and is part of the CAC 40 and Eurostoxx 50 indices.

About Janelle MonáeJanelle Monáe is widely celebrated as an artist who defies genre – touching soul, R&B, rap, jazz and classical while making a sound of her own. She is a pop superstar with eight Grammy nominations and a globally successful career. Monáe co-founded her own label imprint, Wondaland Arts Society, which recently launched its production arm, Wondaland Pictures. As an actor, Monáe has starred in critically acclaimed films including Moonlight, Hidden Figures, Harriet, The Glorias, the television series Homecoming and most recently starred in the horror film Antebellum. Monáe is currently in production for the highly anticipated sequel Knives Out 2. On April 19, 2022, Monáe will release her first book titled The Memory Librarian and other stories of Dirty computer. Monáe also recently wrapped production for the highly anticipated sequel Knives Out 2.