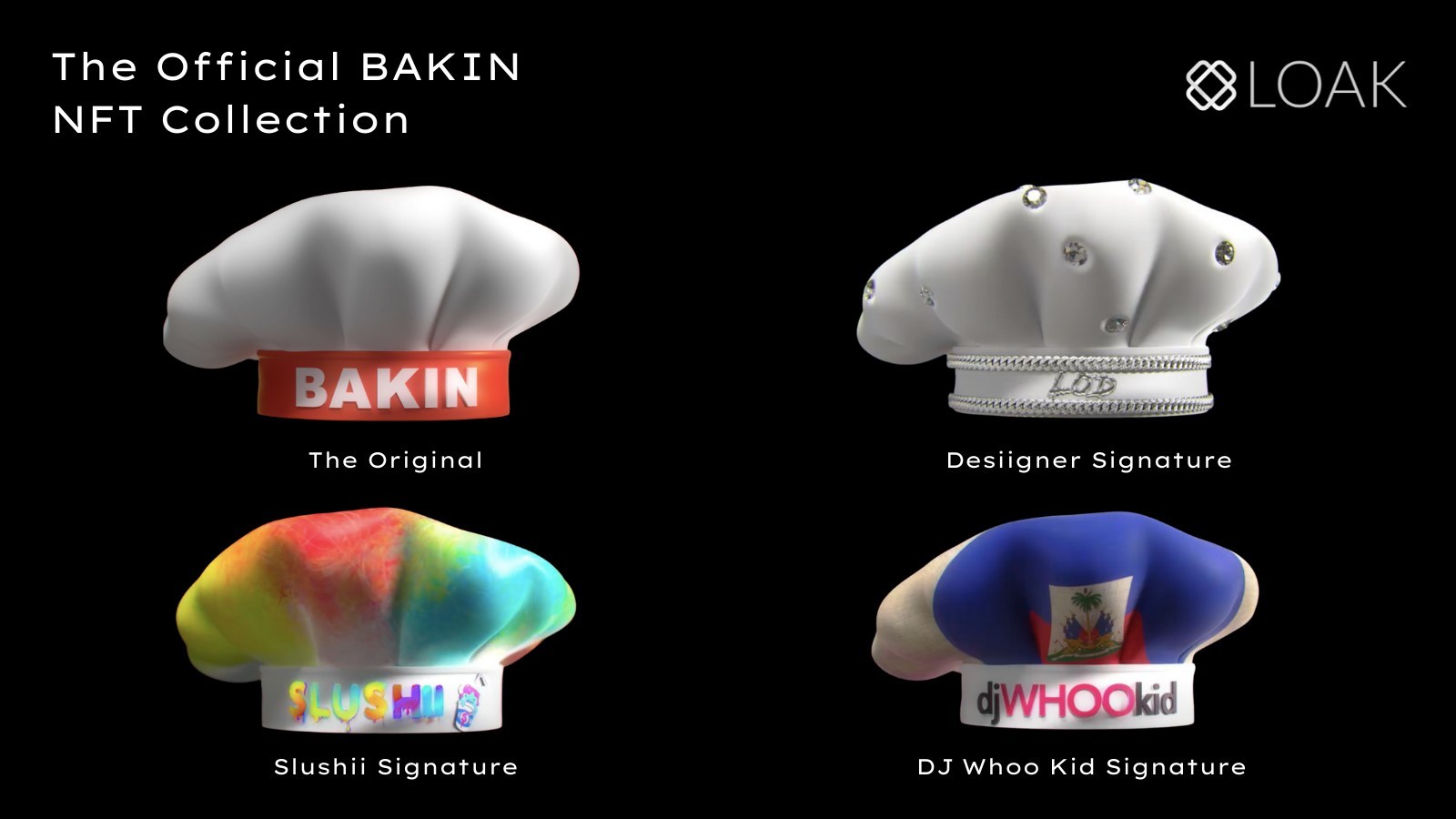 How to claim the Original BAKIN NFT Chef Hat:

100 lucky fans will be given the Original BAKIN Chef Hat NFT for free in a giveaway hosted on LOAK’s Twitter. In order to enter, fans follow @LoakOfficial, retweet the BAKIN Giveaway post, and reply with their polygon crypto-wallet address. The giveaway will be live until Sunday, Feb 27th at 11:59 PM EST.

How to purchase the Artist Signature NFTs:

The Slushii, Desiigner, and DJ Whoo Kid Signature Chef Hats are 1-of-1 exclusive hats that will all be sold at auction by LOAK on Rarible beginning Friday, February 18th at 9AM EST. See below for auction closing details:

LOAK is a digital merchandise company that empowers creators to develop exclusive NFT merch and connect with their global audiences. LOAK wearables are collectible pieces of fashion that can be worn in Augmented Reality and are minted on the blockchain as NFTs, guaranteeing permanent authenticity. LOAK is positioned at the intersection of art, technology, merchandise, and gaming; which has led them to produce wearable NFTs with some of society’s most talented and influential creators like Waka Flocka Flame, Kalani Robb, Splinterlands, Desiigner, Chase The Money, and many more.

To become a part of the LOAK community and to stay updated on LOAK’s Splinterlands launch, join their Discord here: https://discord.gg/GxM62jz4P