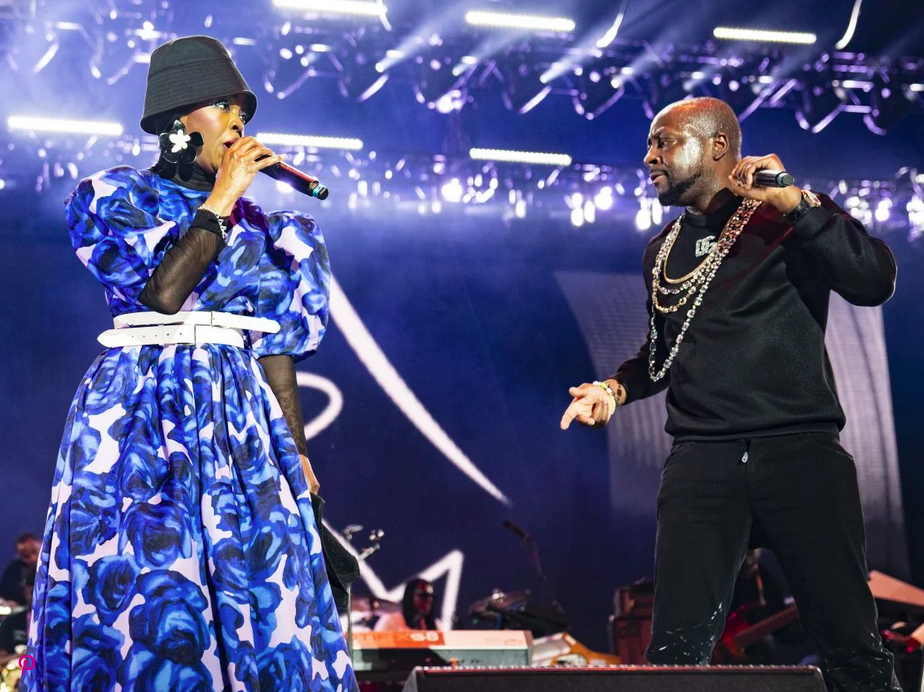 Ms. Lauryn Hill and Wyclef Jean joined forces to perform a handful of Fugees classics at the 2022 Essence Festival.

The surprise reunion occurred during Wyclef’s unannounced set at New Orleans’ Caesars Superdome on Friday (July 1). Midway through his performance, Hill stepped out for a solo rendition of “Killing Me Softly” before being joined by her Fugees bandmate on “How Many Mics,” “Fu-Gee-La” and “Ready or Not.”

The Fugees, including bandmate Pras, last performed together during a surprise pop-up concert in New York as part of a Global Citizen event in September 2021. The brief show marked the group’s first show since 2006.

The beloved hip-hop trio had planned on embarking on a 12-date international reunion tour this year to celebrate the anniversary of their landmark 1996 album, The Score, but the trek was canceled because of the COVID-19 pandemic.

“We anticipate and understand disappointment but our anniversary tour will not be able to happen. The continued Covid pandemic has made touring conditions difficult, and we want to make sure we keep our fans and ourselves healthy and safe,” the Fugees said in a statement. “An idea sparked to honor and celebrate the 25th anniversary of The Score but we see now it may not currently be our time for revisiting this past work.”

The Score, the Fugees’ second and final studio album, hit No. 1 on the Billboard 200 and scored hits with “Killing Me Softly,” “Fu-Gee-La” and “Ready or Not.” The collection also won the Grammy for best rap album and another for best R&B performance by a duo or group with vocals for “Killing.”