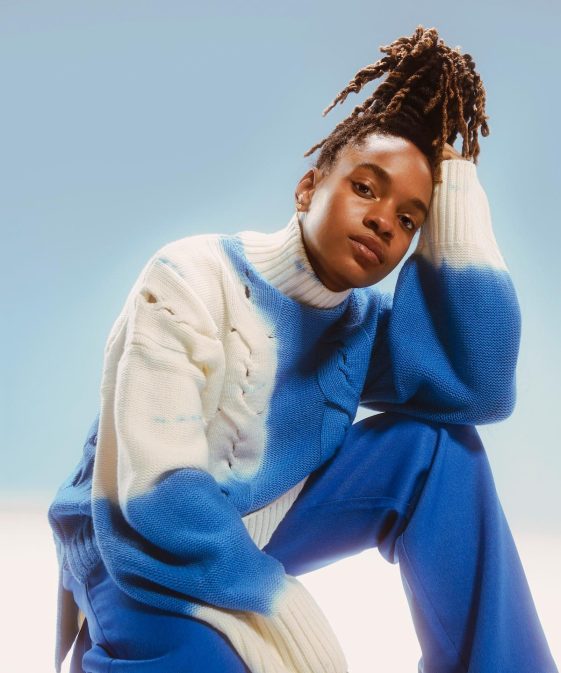 Koffee releases her hugely anticipated debut album Gifted via Sony Music UK/RCA Records. Featuring the crossover anthems “West Indies”, “Lockdown” and the JAE5-produced “Pull Up”, Gifted is set to cement 21 year old Koffee’s position as the artist who has reshaped, modernised and revitalised reggae, bringing it to a whole new audience. It’s a stunning showcase of her vocal, production and songwriting talents with Koffee producing half of the album in addition to tracks with globally renowned producers JAE5 and Frank Dukes and fellow Jamaican breakout star iotosh.

To accompany the release of Gifted, Koffee has recorded a stripped back session version of album highlight “Shine” for VEVO Sessions – showcasing the powerful simplicity of an artist alone with their instrument, her dynamic vocals take the track to new levels as it explodes into colour and vibrancy halfway through.

Having garnered global attention with her 2019 anthem “Toast” and subsequent EP Rapture, it’s hard to believe that Koffee hasn’t released a debut album until now. In the short time she’s been making music she’s become a pillar of the global music community, radiating her message of hope and positivity from her home in Spanish Town, Jamaica to audiences around the world. Prioritising authenticity, she’s created an album that transcends its influences, creating an innovative and fresh body of work that is ready to push the genre forward.

Gifted’s release comes on the back of an incredible few years for Koffee, who made history in 2020 by becoming the first female and youngest ever artist to win the Best Reggae Album award at the GRAMMYS for her Rapture EP. Alongside a string of high profile musical collaborations (including J Hus, Gunna, Daniel Caesar), Koffee also recently contributed to the soundtrack of 2021’s “The Harder they Fall” on Netflix.

To celebrate the release of Gifted, Koffee is taking her electrifying live show to stages across the globe including the recently announced Gifted Tour of the US as well her debut appearance at Coachella. UK fans will be able to celebrate the album’s release with a number of intimate in-store shows starting at London’s EartH on the day of release. Later in the year, Koffee will return to the UK to perform at the Glastonbury and All Points East festivals.

Listen to Gifted and watch “Shine” above, see album details and full tour routing below and stay tuned for more from Koffee coming soon.

About Koffee:
21-year-old Mikayla Simpson, the artist widely known as Koffee, never expected to become an artist. “There’s a clip of me on live TV saying I want to become an astronaut,” she laughs, recalling early childhood ambitions. It’s a surprising statement to hear from an artist now a behemoth force in the reggae and dancehall genre, but indicative of her humble mindset. Music, deep down, was the artist’s gift, and as if by fate it wasn’t a career switch she’d make herself. “The switch met me,” she says.

2022 sees the release of her debut album Gifted, a milestone in a brief yet already illustrious career, and with it comes a determination to speak to the times. “I keep saying I try to be as honest as possible with the music. Because I think what I put out and create speaks to the moment, and I want it to,” she says. Koffee is on a mission to bring light and brevity to the stories of now; songs like “Lockdown” expertly articulate the hope many of us have felt during months of isolation (“Where will we go / When di quarantine ting done and everybody touch road,” she sings).

The upbeat, punchy rhythms of “Where I’m From” and classic reggae tones of “X10” are her way of scoring the scenes of life. As producer of half of the album’s ten tracks, Koffee crafted the album from bursts of inspiration in hotel rooms whilst on tour and freestyle sessions with her band. “I want it to be authentic; in the future with generations gone, people can listen to my music and think ‘Yeah, this speaks to the time, I feel like I can relate to what was happening.’ We keep to the moment because that’s what art is, or what it should be.”

Meanwhile she instigated collaborations with globally renowned producers like JAE5 and Frank Dukes alongside homegrown Jamaican talent such as iotosh, crafting the huge crossover anthems “Pull Up” and “West Indies” along the way. Of “West Indies” she says “It comes from the heart of the Caribbean. It speaks to the beauty and creativity that flows through its veins and that escapes into the rest of the world. It’s a colorful celebration, a toast to culture, and to good times.”

The story of how she got to where she stands now is an inspiring one. Born in Spanish Town, Jamaica, she lived a “simple stripped back life” as a child, sheltered within a routine of “going to school five days a week, church on Saturdays and doing my chores on Sundays,” she says. She’d grown up close to her mother, an actress, and valuable early music lessons came via the church choir she’d be a part of as young as around 8 years old.

Whilst these experiences would attune her ear to music and instruments like the guitar and piano, it was her background and community that would nurture her attitude to life embedded within her music. “It’s definitely played a huge role in how I carry myself now, and also how I express myself through my music,” she says. “I feel like I have an understanding of different aspects of life coming from the West Indies, just coming from the ground up. It’s a lot to reflect on.”

The music bug didn’t catch till fairly late for her though. “My mum said when I was about five years old, I told her I wanted to be a singer and totally forgot about that until when I was in high school.” For her, it’d start off as recreation. During her early teens, a friend gifted her an old, tiny guitar he’d used in childhood. A natural talent, she never learnt theory, she says, rather relying on the music of Protoje and Chronixxx, reggae artists whose melodies she’d follow along with by ear in teaching herself the craft.

In the end, the success seemed like it was destined for her. In 2017, Koffee would upload a tribute to Olympic medallist Usain Bolt, with only the intention of showing love to a national hero. It ended up doing much more than that; Bolt saw and reposted the video and shared her talents with audiences who would be instantly captivated by her artistry. Her career would only snowball from there to bring us an artist now globally recognised. The next year she’d release her blowout smash single Toast, a glowing track that’d carry the essence of summer parties throughout the globe. Her 2019 EP Rapture would earn her a Grammy for Best Reggae Album, making her both the youngest recipient of the award and the only woman to date only 2 years into her professional career. Her Grammy win comes alongside other successes immense for what is only a brief time in the industry. She’s since shared the stage with her musical inspirations WizKid, Protoje and Chronixxx, and has appeared on blockbuster film soundtracks like 2021’s “The Harder they Fall.”

Though monumental, her accolades hold resonance outside of personal gratification. She’s committed to being a voice of her community, always referencing her background and the country that made her. “For me, the bigger takeaway was being able to give my country something to brag about,” she says. It’s an outlook that resonates with the making of Gifted. A much-anticipated offering from Koffee, it’s a continuation of artistry that expertly blends in music from her forefathers in the West Indian music scene to create something genreless, evocative and fresh. “My mum always compliments me on being a very empathetic person. I find pleasure in bringing everyone together as much as I possibly can.” We all have different feelings, sometimes you feel good or bad,” she says “but I think it’s important to inject a positive energy into the world, and just try to stay on a path that can keep people feeling light.”

It’s the ways in which she’s harnessing her own gifts as a musician that makes her artistry all the more relevant – here, she’s using it to teach others of their own. “The message I would like to pass on is that one, we’re all gifted – because life is a gift. Two, it’s said that everyone has a talent, and I think we should all tap into our own talents. Once you have life you have the ability to tap into your gift; you should do it because it can take you places. I think my life has been an example of that.”