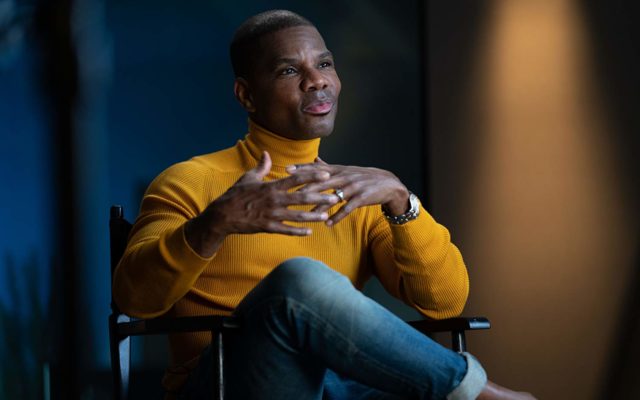 R. Kelly was sentenced to three decades in prison for sex trafficking two weeks ago, but the public has been pushing to cease playing his music for years. Gospel star Kirk Franklin addressed the issue of whether Kelly’s music should continue to be available.

Franklin was asked by TMZ whether Kelly and others who are guilty or accused of heinous crimes should be “canceled.”

“I think it’s very difficult to separate an artist from the art,” Franklin said. The 16-time Grammy-winning gospel legend previously collaborated with Kelly on the 1998 top 30 single, “Lean on Me,” with Mary J. Blige and Bono. Franklin continued by speaking about the importance of using your platform the right way.

The disgraced singer/songwriter has long been accused of sexual abuse of women and sexual activity with minors. Despite years of speculation and controversy, Kelly amassed unprecedented success with 11 platinum-certified albums and 35 top 10 hits on the Billboard R&B/Hip-Hop charts.

Advertisement. Scroll to continue reading.
“And I think that’s why the microphone is a very responsible thing,” Frank said. “Even myself, because I’ve made mistakes, and I have to be able to be responsible to know that to whom much is given, much is required.” Franklin may have been alluding to his own controversies over the years, including a bout with pornography addiction and a viral video of him cursing at his eldest son last year.
Read More ThrGrio.com
In this article: