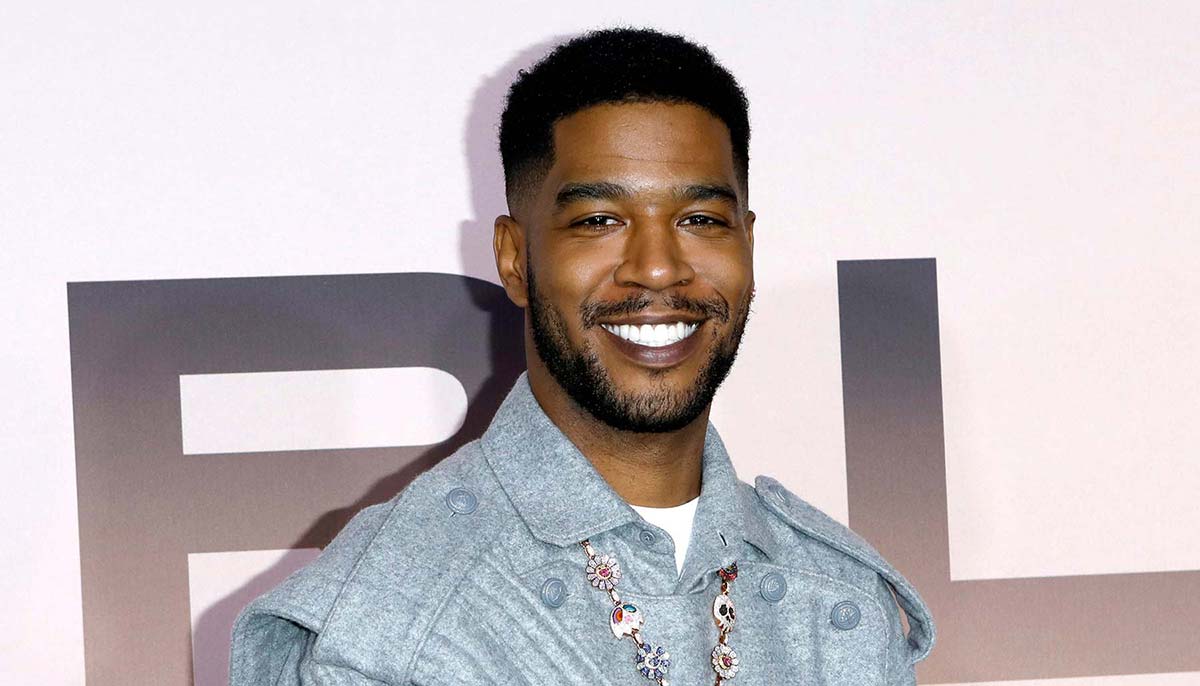 The 18-track collection boasts the previously unreleased “love.” Only available on Soundcloud up until now, this will be the first time the track lands on all DSPs. Cudi notably co-produced “love.” alongside longtime collaborator Dot Da Genius. Over a sample of Ratatat‘s “Sunblocks,“ his instantly recognizable woozy melodies float above airy guitars towards a chantable affirmation as he assures, “You’ll be okay, you’ll find real love.“

The Boy Who Flew To The Moon serves as a comprehensive overview of the 21st century legend’s career thus far. Tracing his journey, it boasts the quintessential quintuple-platinum “Day ‘N’ Nite (Nightmare),” quintuple-platinum “Pursuit of Happiness (Nightmare)” [feat. MGMT & Ratatat], and platinum “Just What I Am” [feat. King Chip] in addition to highlights such as “By Design” [feat. André 3000], “Surfin’” [feat. Pharrell Williams], and newly minted platinum “Tequila Shots.”

Check out the full tracklisting below.

Recently, Cudi dropped a new single entitled “Do What I Want.” It heralds the arrival of his anxiously awaited eighth full-length offering and one of the most anticipated projects of 2022, Entergalactic. The NETFLIX project and accompanying album are coming this Fall. The project reunites Cudi with co-creator Ian Edelman who worked together on HBO’s “How To Make It In America.” Cudi also serves as an executive producer alongside Kenya Barris, through their respective production companies Mad Solar and Khalabo Ink Society.

This Summer, Kid Cudi launches his To the Moon – 2022 World Tour in 27 cities across North America, Asia, and Europe. The tour kicks off with 20 North American shows starting in Vancouver on August 16, and will include stops at The Kia Forum in Los Angeles, Barclays Center in Brooklyn, American Airlines Center in Dallas, and the United Center in Chicago. Then in the Fall, “To The Moon” travels to the Toyosu PIT in Japan and all over Europe, including The O2 in London, Verti Music Hall in Berlin, AFAS Live in Amsterdam, Palais 12 in Brussels, and the Zenith in Paris, with Milan closing out the tour at Fabrique on November 22. The full confirmed itinerary below.

Cudi stands on the precipice of a major moment once again. 2020’s Man On The Moon III: The Chosen crash landed at #2 on the Billboard Top 200 as his fifth Top 10 debut on the respective chart, while the single “Tequila Shots” is now platinum. However, he initially blasted off into history with Man on the Moon: The End of Day in 2009. It has since gone double-platinum, garnered three GRAMMY® Award nominations, and seized a spot on Rolling Stone‘s “500 Greatest Albums of All Time.” A year later, Man on the Moon II: The Legend of Mr. Rager claimed #3 on the Billboard Top 200 and went platinum.