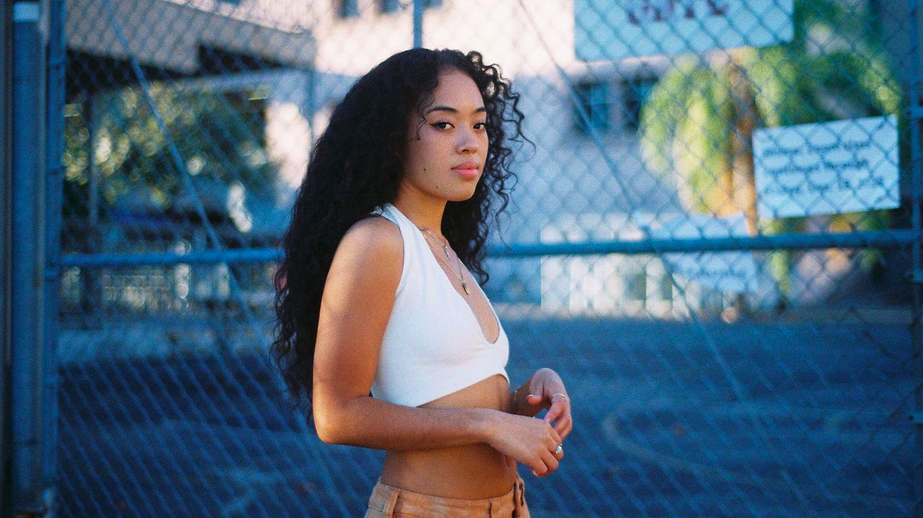 Joyce Wrice cements her blossoming place in R&B history with the arrival of her Tiny Desk. Throughout her 17-minute set, diehard fans get fed with their favorite hits including “Chandler,” “Falling in Love,” “Must Be Nice,” and “On One” from her debut album, Overgrown, and the lead singles, “Bittersweet Goodbyes” and “Iced Tea,” from her most recent EP, Motive.

The concert commences with a sampling of her refreshing (and NPR favorite) 2021 debut album Overgrown, that established her as a major voice in contemporary R&B. Accompanied by a seven-piece band of tasteful musicians, Wrice opens with a soulful live arrangement of “Chandler,” before smoothly transitioning into “Falling In Love.” That funky bassline you hear? Courtesy of the one and only Dernst “D’Mile” Emile II, who executive produced Overgrown and last graced the Tiny Desk for Lucky Daye’s concert in 2019.

We get a taste of Wrice’s new pop influenced EP Motive, which takes an energetic turn away from her more soulful debut. As she closes out the set with “Bittersweet Goodbyes,” and the Kaytranada produced “Iced Tea,” both written in collaboration with Mack Keane (who’s seen here holding it down on keys), we witness an assured artist motivated to make you move.

NPR Music’s Ashley Pointer spoke on Wrice’s dreamy performance in statement. “Warning: It’s hard to keep still when listening to the infectious music of effervescent R&B powerhouse Joyce Wrice,” said the Atlanta-based social production assistant. ”Side effects may include an intense head bop, the occasional stank face and a mean two-step. Wrice’s ‘Tiny Desk’ concert is a stunning display of her talents, showing us where the San Diego bred, Los Angeles based singer has been and where she’s going next. Clad in all white and backed by a band wearing matching black Nike tracksuits and sneakers, they exude a vibe reminiscent of a family.”

Speaking of family, Wrice appeared on Keane’s project, Intersections, that was released in April. Prior to that, she began the year reimagining the theme song for The Proud Family reboot and opened for Lucky Daye for the U.S. leg of his Candy Drip Tour.