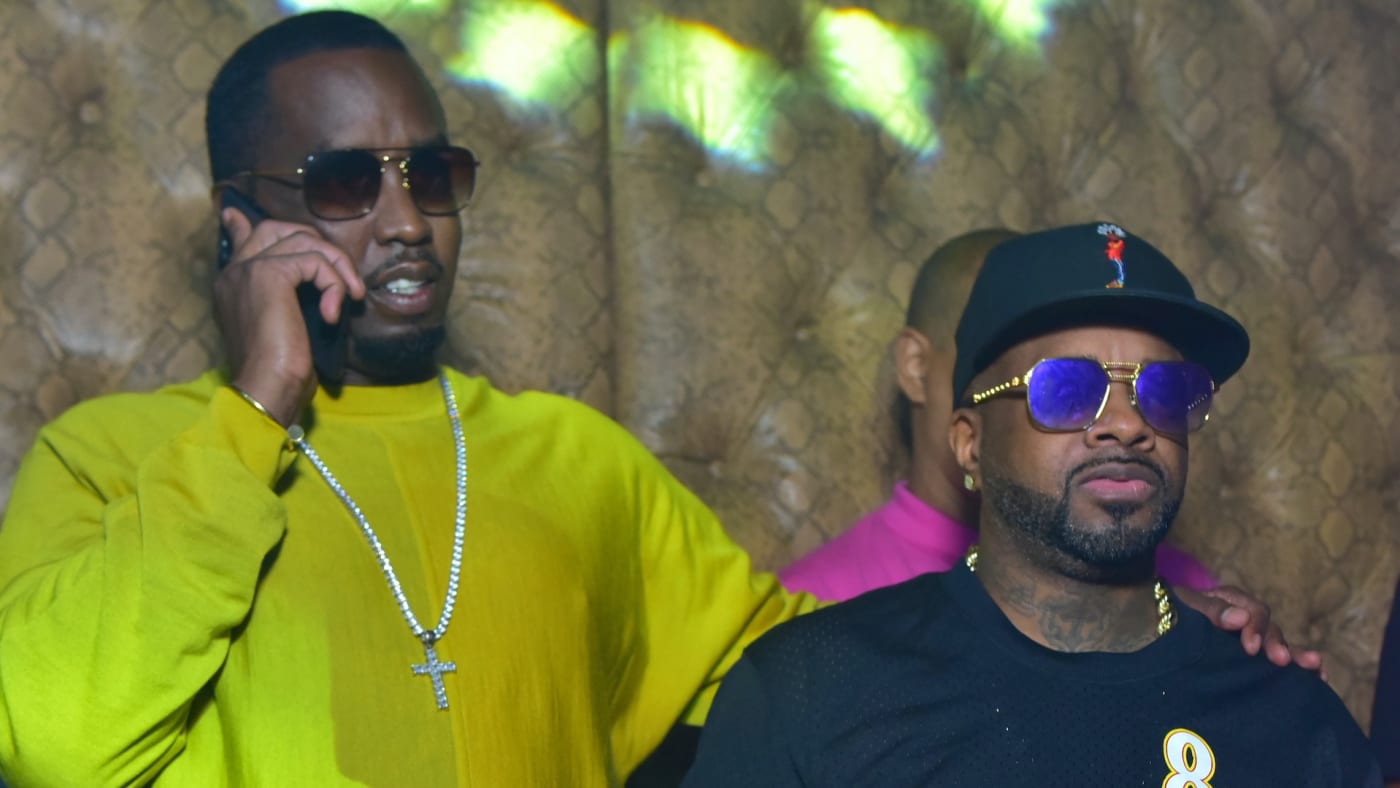 A So So Def vs. Bad Boy VERZUZ battle is really happening, it seems.

In August, Diddy did a few Instagram Live sessions with some of his industry friends like Mary J. Blige, Timbaland, and Tory Lanez to discuss the current state of R&B. One of his calls was with Jermaine Dupri where he said he was up to doing a battle but not connected with VERZUZ since the platform (Triller) has has been sued by Timbaland and Swizz Beatz over missed payments.

Jermaine Dupri has confirmed that a Verzuz battle between his So So Def Records and Diddy’s Bad Boy Records is still in the works.

The producer appeared at ONE Musicfest in Atlanta over the weekend and gave fans an update on the pending showdown between the two historic labels. “I’m saying this to let y’all know, the So So Def and Bad Boy Verzuz is happening,” Dupri revealed on stage during the event, which took place on Saturday (Oct. 8) and Sunday (Oct. 9) at Centennial Olympic Park.

The news of Dupri and Diddy going head to head comes amid a recent lawsuit settlement between Verzuz founders Timbaland and Swizz Beatz and Triller, which acquired the brand in 2021. The musicians previously levied accusations of not being fully compensated by Triller per their initial agreement, claiming to have only received two payments from the streaming platform.

“J.D., if you want that smoke, you can get that smoke anytime,” Diddy said to which Dupri replied “relax.” Since then, the VERZUZ and Triller situation has been resolved so it looks like the battle is on and it will take place on VERZUZ.

However, Diddy initially balked at Dupri’s offer, arguing that his catalog lacks the hit records and cultural staples when compared to his, which he noted in response to the Atlanta rep’s challenge.

“Beloved you my ni**a but your arms too short to box with God!!!” Diddy wrote at the time. “You ain’t got enough hits. I’ll smash you with just Biggie n Mary [J. Blige]. But I do have the upmost [sic] respect on you as a musical legend.”

Diddy, who was more interested in a Verzuz battle between himself and Dr. Dre, has since voiced his willingness to go head-to-head with Dupri in light of Dre declining to appear on Verzuz for the time being.