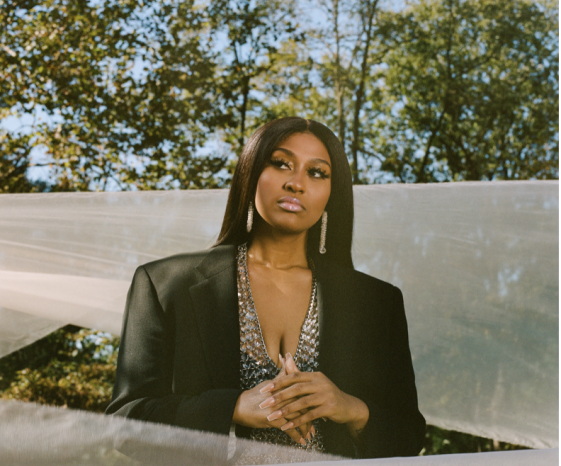 After a year of taking 2021 by storm with the lauded Heaux Tales, Jazmine Sullivan announces today that Heaux Tales, Mo’ Tales: The Deluxe will be released February 11 via RCA Records.  More details will be revealed over the coming weeks.

Released January 8, 2021, Heaux Tales debuted at #1 on the R&B Albums chart, #2 on the R&B/Hip Hop chart and #4 on the Billboard 200 chart, according to Nielsen Music/MRC Data. Heaux Tales marked Sullivan’s second #1 R&B Albums chart debut, fifth Top 5 R&B/Hip-Hop Albums debut and her highest debut on the Billboard 200 chart. The recently RIAA-certified Platinum track, “Pick Up Your Feelings,” earned Jazmine her first #1 on both the Billboard Adult R&B Airplay and Mediabase R&B Airplay charts and peaked at #9 at R&B/Hip-Hop radio.

Upon release, Heaux Tales immediately resonated with fans and fellow creatives (Cardi B, Issa Rae, Flea from Red Hot Chili Peppers, Summer Walker), and over the years, peers such as Beyonce, Mary J. Blige, Chaka Khan, Monica, have praised her singing and songwriting skills. With stellar performances on NPR Music’s Tiny Desk, Super Bowl LV and more, Jazmine’s mind-blowing vocals have turned into a master class crash course for several singing challenges on TikTok, resulting in They Have The Range dubbing Jazmine Sullivan their #1 vocal moment for the year.

On February 15, Sullivan will kick off her long-awaited “The Heaux Tales Tour,” with Tiana Major9 as the opening performer.  Produced by Live Nation, the 25-city tour will make stops across North America in Los Angeles, New Orleans, Nashville, Atlanta, Jazmine’s hometown of Philadelphia, and more before wrapping up in Chicago, IL at the House of Blues Chicago on March 30. See below for full tour dates.