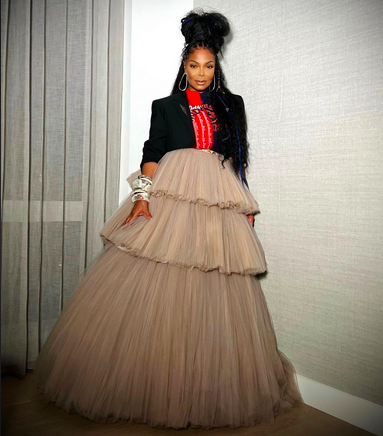 Celebrating the 25th anniversary of an enduring cultural touchstone, one of the best-selling music artists of all-time; the five-time GRAMMY® Award-winning Rock and Roll Hall of Fame® Inductee, Janet Jackson, will release a new Deluxe Edition of her sixth full-length album, The Velvet Rope, on October 7, 2022, the exact 25th revolution of the original 1997 release date.

With 10 new-to-platform bonus tracks available on streaming platforms for the first time, it includes sought-after B-sides and remixes including two rarities, “Accept Me” and “God’s Stepchild.” The collection also houses multiple remixes—which were only available on CD singles prior.

Remastered versions of Jackson‘s iconic music videos will also be available to watch on YouTube for the first-time ever in HD.

In tandem with the forthcoming Deluxe Edition, remastered HD videos of tracks from The Velvet Rope, will go live on release date: “Go Deep,“ “I Get Lonely,” “You,” “Got ‘Til It’s Gone,“ and “Together Again [Deeper Remix].“

The Velvet Rope, produced by Jimmy Jam and Terry Lewis for Flyte Tyme Productions Inc. and Ms. Jackson, arrived on October 7, 1997. Janet’s vulnerable and poignant writing confronted themes of female sexuality through a black woman’s lens as well as domestic violence and mental health. The album had a massive global impact, debuting at No. 1 on the Billboard 200, and yielding No. 1 hits “Together Again,“ “I Get Lonely,” and last single “Every Time” as well as seminal album cuts, “Go Deep“ and “Got ‘Til It’s Gone” [feat. Q-Tip & Joni Mitchell], which earned a GRAMMY® Award in the category of Best Music Video, Short Form. “Go Deep” reached No. 1 on Billboard‘s Dance Club Songs Chart, while “Got ‘Til It’s Gone” went Top 10 on the Dance Club Songs Chart.

As one of the most acclaimed legacies in Jackson‘s storied history, The Velvet Rope is one of Rolling Stone magazine’s coveted 500 Greatest Albums of All Time, while Los Angeles Times asserted, “Certainly, as a musician Jackson has never seemed more confident or ambitious than she does here.“