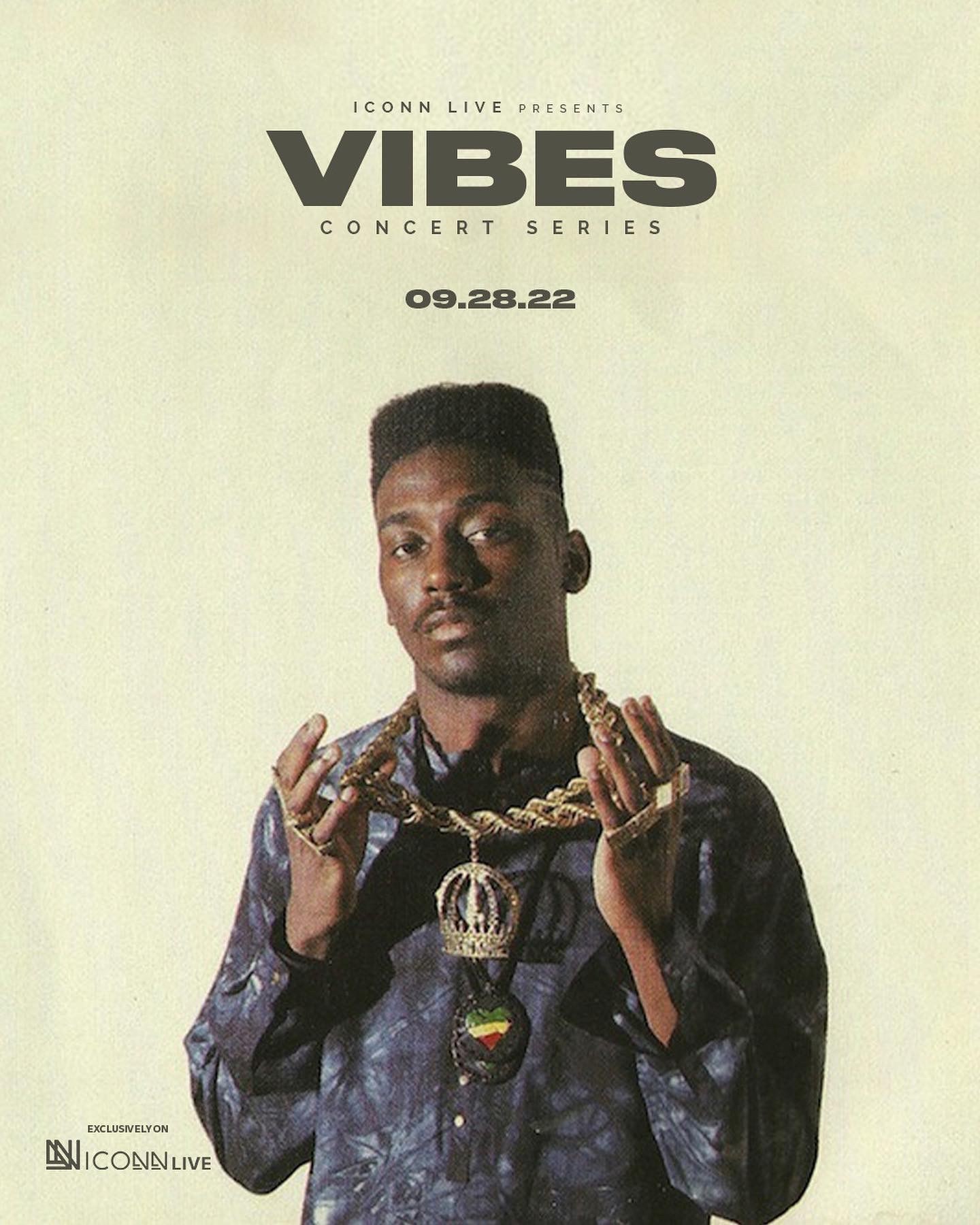 The VIBES Concert Series on ICONN Live presents iconic artists performing their classic albums, with a live band, telling the stories behind the songs that shaped culture. The unique series offers fans a once-in-a-lifetime experience, showcasing their favorite icons in an intimate and unparalleled setting. Fans can also enjoy custom meet-and-greets and chat in real-time with other fans and artists during live VIBES broadcasts.

Taking the stage for the latest VIBES concert, Big Daddy Kane will treat fans to a one-night-only showcase of his classic “Long Live the Kane” album and performances of his iconic hits including “Ain’t No Half Steppin’” and “Raw.” Big Daddy Kane is a Brooklyn, New York M.C. who is a true lyricist in the world of hip-hop. Along with the lyrical ingenuity he brought to the genre, he is also known for his innovative live performances. Kane has endured a substantive music career with several gold albums and endless music accolades including a Grammy Award.

“THRILLED to have the ICONNic Big Daddy Kane as our next VIBES guest,” said Ja Rule. “VIBES on ICONN is the only place to see artists like Big Daddy Kane in this type of setting and now, we’re excited that we’ll be streaming on Apple TV!”

Also available on September 28, ICONN Live will begin streaming previous VIBES concerts on the platform including Ja Rule’s PAIN IS LOVE LIVE FROM SONY HALL in celebration of the 20th anniversary of his iconic album as well as ONLY BUILT 4 CUBAN LINX, aka The Purple Tape by Raekwon and Ghostface Killah of The Wu-Tang Clan, which was named one of Rolling Stone’s “500 Greatest Albums of All Time.”

ICONN Live is a space to connect closely with celebrities, artists, athletes, influencers and mingle with fans. On the app, fans can vibe in real-time, intimately interact with broadcasters, and experience the future of digitally enriched live entertainment. ICONN Media will also be releasing a multitude of additional original content under ICONN Originals in the near future.For more information and to stream the upcoming VIBES concert with Big Daddy Kane, you can download the ICONN Live App in the Apple App Store or visit ICONN.Live.

ICONN Live is an app that is a part of ICONN Media, the live streaming entertainment marketplace founded by Ja Rule. On the app you can Broadcast live and pay-per-view Vibe events – supporting limited entry VIP rooms, direct chat, tipping, and up to six co-streamers. Viewers can send tips directly to artists and artists can choose to keep or donate a portion of their earnings. Tipping turns a viewer into VIPs, allowed special privileges.