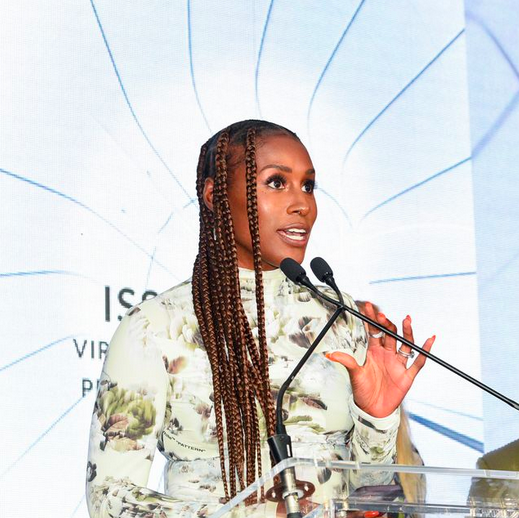 Issa Rae will be honored with the Equity in Entertainment Award at this year’s Women in Entertainment Gala. Presented by The Hollywood Reporter, the Insecure creator‘s award recognizes those who amplify the voices of underrepresented communities in the entertainment industry.

If there’s anything Issa Rae has proven to us, it’s that she is and forever will be that girl.

The ADCOLOR Awards, an organization that has recognized and celebrated the accomplishments of historically underrepresented communities in the creative industries since 2007, is set to honor actress, writer, producer and comedian Issa Rae with the 2022 Beacon Award in partnership with ADWEEK.

The award recognizes notable persons who, in their pursuit of diversity, equity, and inclusion, challenge the status quo using their significant platforms. Rae has fought for representation throughout her career, including in shows like HBO’s Insecure and projects under her HOORAE label including A Black Lady Sketch Show, Rap Sh*t, and Sweet Life: Los Angeles.

Rae hasn’t been shy about sharing her keys to success, often opening up about what drives her to excel in Hollywood.

“Doubting myself is what drives me,” Rae told friend Amy Aniobi during a 2019 panel discussion with Pop Sugar. “A part of me hates being underestimated but loves to be underestimated because I’m driven by proving people wrong. That’s the Capricorn in me. ‘Oh, you don’t think I can do this? Let me show you.’ There’s so much fun in that.”