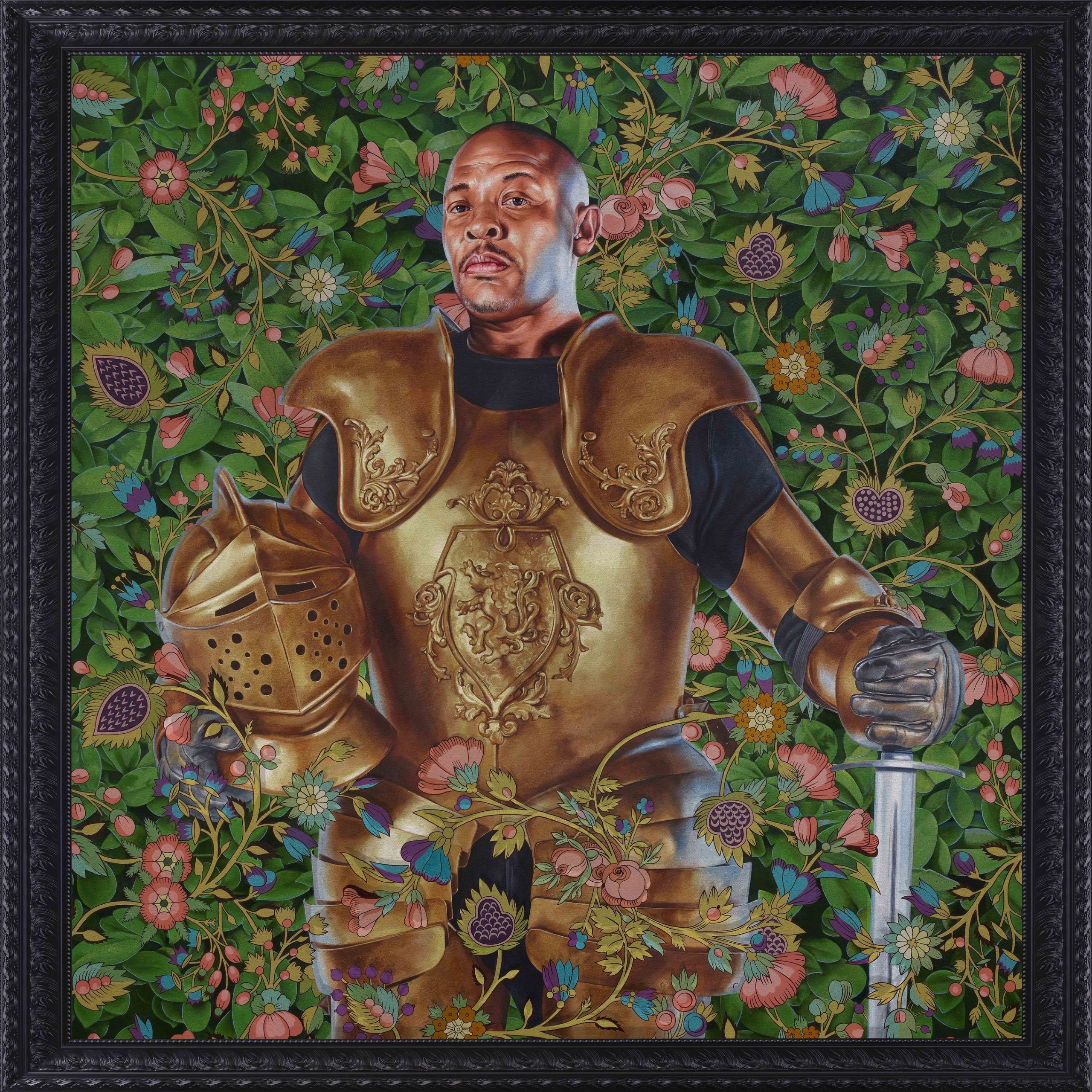 Interscope Records is proud to kick off its 30th anniversary celebration today. To coincide with the anniversary, the Los Angeles County Museum of Art (LACMA) will display over 50 artworks in an exhibition called Artists Inspired by Music: Interscope Reimagined. This exhibition will feature new works by a diverse group of visual artists who have responded to the groundbreaking music of some of Interscope’s most influential and iconic recording artists. Cecily Brown, Julie Curtiss, Shepard Fairey, Lauren Halsey, Damien Hirst, Rashid Johnson, Takashi Murakami, Richard Prince, Ed Ruscha, Kehinde Wiley, and many other notable visual artists have created an original work of art inspired by albums and songs from 2Pac, Billie Eilish, Dr. Dre, Eminem, Gwen Stefani, Juice WRLD, Kendrick Lamar, Lady Gaga, Mary J. Blige, MGK, Nine Inch Nails, No Doubt, Olivia Rodrigo, Selena Gomez, Snoop Dogg and U2 and to name a few. A complete list of visual artists and the music creators they are paired with is below.

Today three artist images have been revealed: Kehinde Wiley has created a work inspired by Dr. Dre’s The Chronic 2001. Cecily Brown has created a work inspired by Billie Eilish’s EP dont smile at me, and Rashid Johnson has created a work inspired by Kendrick Lamar’s Good Kid M.A.A.D. City album. Artists Inspired by Music: Interscope Reimagined will be on view Sunday, January 30 through February 13, 2022, in LACMA’s Resnick Pavilion. The installation foregrounds the creative pairings, visually reflecting on a history of musical innovation and powerful performances across genres. In some cases, multiple artists responded to the same musician, offering different interpretations of their work through the years. High resolution photos of the three pieces unveiled today are available HERE.

The ambitious project was organized by Interscope Records Co-founder Jimmy Iovine, current Chairman, John Janick, music executive Josh Abraham, along with Interscope Vice Chairman Steve Berman, who worked closely with all of the music and visual artists. The team also worked with LACMA Associate Curator of Decorative Arts and Design, Staci Steinberger, to collectively organize the exhibition. The scope and size of the selection of music recognizes the profound impact that Interscope artists have had on global culture in the past three decades.

“Interscope’s original mission was to find the most profound artists, empower their creativity and watch what happens,” said Iovine.  “For the 30th, we wanted to continue that vision by assembling the most admired visual artists and empower them with that same creative license to honor the musical artists we have worked with over three decades.”

John Janick, Chairman, Interscope Geffen A&M commented: “From its earliest days, Interscope’s roster has included one-of-a-kind artists who clearly moved culture, and that’s something that we work to honor every single day in our current work at the label.  In conversation with one of our label partners Justin Lubliner, he sparked this idea. As Jimmy, Berm, Josh Abraham and I reached out to the visual artist community, we realized that having them create a lasting visual legacy that honors our artists’ music would be a hugely powerful tribute. The fact that so many of the world’s most acclaimed fine artists came together so eagerly to contribute to this project, and the fact that our own recording artists were as equally enthusiastic, is a deeply meaningful tribute to Interscope and one that we are immensely grateful for. Having these artworks debut at LACMA, one of the world’s most prestigious museums, is hugely gratifying for all of us who have been connected with Interscope over these past three decades. Sir Lucian Grainge’s enduring support of Interscope’s unique voice and vision over the years has helped make it possible for Interscope to foster an ambitious artistic endeavor of this magnitude.”

Sir Lucian Grainge, Chairman and CEO of Universal Music Group said, “I’m so proud that Interscope’s culture of boundless creativity provides its artists with the widest palette possible with which to express themselves.  As a result, Interscope and its artists have not only consistently delivered some of the world’s most influential music, but also created groundbreaking visual media.  It is fitting that the great work of Interscope’s artists be reinterpreted by leading visual artists in a way that celebrates their unique visions as well as three decades of this iconic label.”

“There is a long history of record album covers being designed by visual artists,” said LACMA CEO and Wallis Annenberg Director Michael Govan. “As an institution that has long explored the intersection of art and other sectors, including design and music, LACMA has been collecting record album designs over the past several years, and it’s inspiring to see these artists reinterpret three decades of iconic contemporary music.”

Snap Inc. will collaborate in the exhibition and deepen the viewing experience by adding the dimension of sound. Through Snapchat’s augmented reality (AR) technology, visitors will be able to listen to music from each of the iconic albums by Scanning Snapcodes placed on the gallery walls. For more information on the exhibition, please visit HERE. Timed-entry general admission tickets will be released on Thursday, January 20, 2022, at 10 am on the museum’s website and will include access to Interscope Reimagined. Visit lacma.org/gettickets.