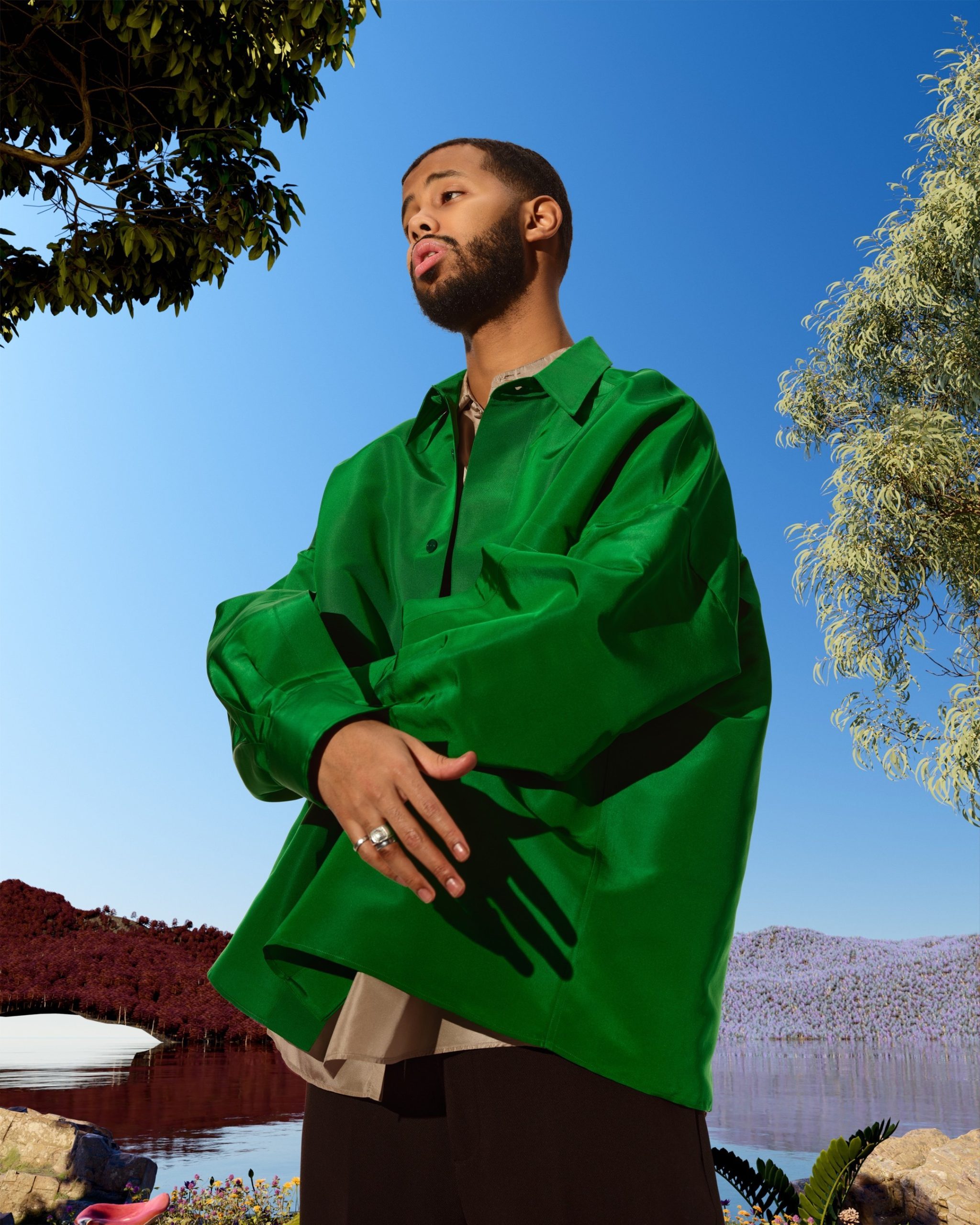 Holt Renfrew is proud to announce its Spring 2022 campaign, starring Toronto singer, songwriter, and poet, Mustafa. The foundation of the campaign is a sense of forward-looking optimism, featuring bright spring menswear and womenswear shown on Mustafa and a cast of Canadian models who all share their thoughts of hope for the future and love of the season’s joyful fashion.

The campaign features both video and still imagery, as well as behind the scenes interviews with Mustafa, filmed live on set in Toronto, last Fall. When asked what hope means to him, Mustafa had a characteristically poetic answer, revealing the duality the word can hold. “I believe hope is a knife. It can cut you or it can help you cut through anything. Cut through air, cut through whatever barrier you have,” he shares. “I’ve watched hope work for me and work against me. There are times hope was plunged into me and shattered me, but it also helped restore me when I was able to use it to carve space for myself.”

Further, Mustafa reveals his own experiences in the campaign. When asked about personal memories, he noted, “Growing up, my mother used to say Tim Jameelek. I always found that to be a really beautiful and inspiring thing to hear. It’s like there needs to be a fullness in even the good that we do, otherwise is it even worthy of our time or worthy of giving?”

The Toronto-raised artist made a name for himself at the age of only 12 with his poem “A Single Rose.” His meteoric rise has escalated to the world’s stage with accomplishments including: writing songs for The Weeknd, his short film Remember me, Toronto, and his critically acclaimed album When Smoke Rises.

About Holt Renfrew:   Holt Renfrew is considered Canada’s fashion and lifestyle retailer. Founded in Quebec City in 1837, Holt Renfrew is renowned for unparalleled retail experiences and is Canada’s hub for the world’s best fashion and beauty brands. Recognized as a leader in personal service and experiences, the company’s mission is to empower self-expression and ignite positive change along with overarching commitments to sustainability and diversity and inclusion. With seven stores across Canada, including four in the Greater Toronto Area, plus Montreal, Calgary, and Vancouver, customers can also experience Holt Renfrew’s offerings via holtrenfrew.com. Holt Renfrew was acquired by the Weston family in 1986 and continues to be privately and Canadian-owned. Visit us at www.holtrenfrew.com.