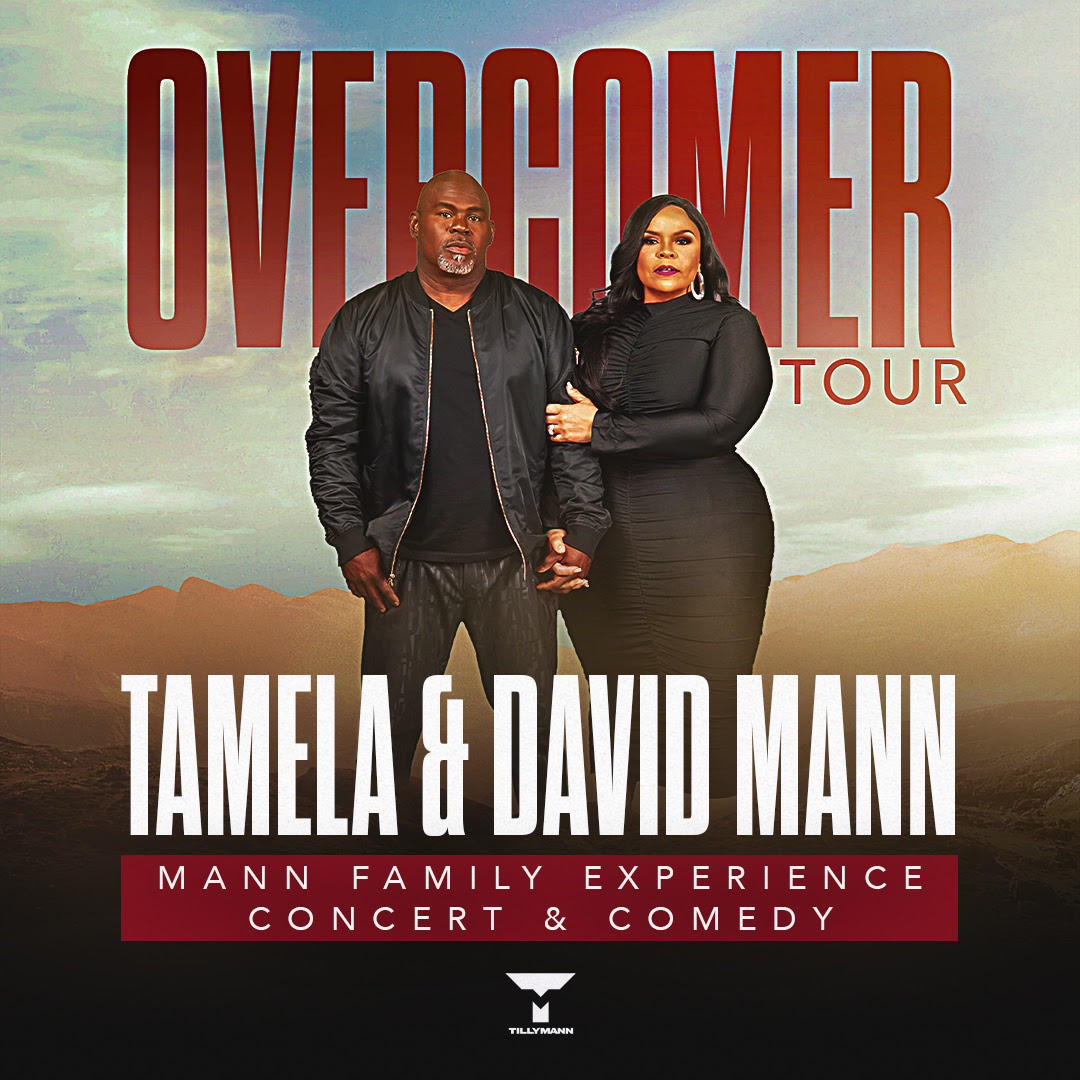 “We’re excited to get back out on tour with our family,” said David, executive producer of the tour. Added Tamela, “It’s a family experience of music and comedy, with something for everyone.”

Each night, Tamela will perform songs from her new album Overcomer: Deluxe Edition. The new version of her critically acclaimed album Overcomer features both reimagined renditions of fan favorites and all-new music, including the newly released streaming single, “Superheroes Prayer” featuring the iconic Yolanda Adams and the new live version of “Finished,” now at gospel radio. In addition to Tamela’s masterful vocals soaring throughout the album project, special guest features on the Overcomer: Deluxe Edition album include industry heavy-hitters Wyclef Jean, Kirk Franklin, Tim Rogers & The Fellas, and Todd Dulaney. Overcomer: Deluxe Edition is distributed by The Orchard, and available as a digital only release.

Tamela was recently named both the Contemporary Female Artist of the Year and the Albertina Walker Female Artist of the Year at the 37th Annual Stellar Gospel Music Awards held in Atlanta, GA. Tamela’s son, David Mann Jr. also took home the award for Music Video of the Year, for his creation of the music video for Tamela’s hit song “Help Me,” featuring The Fellas from the original version of her album Overcomer. Adding to the excitement, a special ceremony was held to celebrate Tamela, who was presented with the Crown Jewel of Excellence at the world-renowned Black Music and Entertainment Walk of Fame (BMEWOF). A joint initiative by the Black American Music Association (BAMAssoc) and Georgia Entertainment Caucus (GEC), the BMEWOF honors iconic individuals and organizations that have impacted Black culture and community alongside those who continue to lead us into the future.

For the latest updates on Tamela and David Mann: